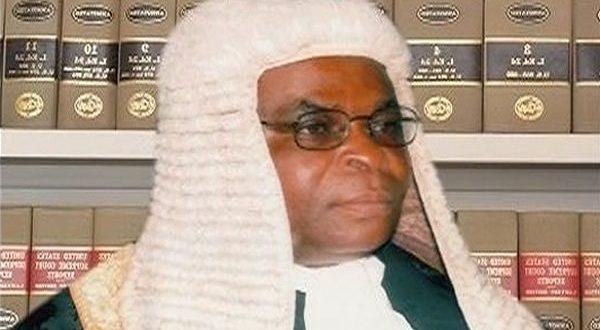 ———-Strikes out Biyi Poroye’s motion for stay of execution

A 5 man panel of the  Supreme Court led by Acting Chief Justice of the Federation, Walter Onnoghen on Tuesday struck out the motion for stay of execution by Mr. Biyi Poroye, the Ondo State Chairman of the Sheriff led faction of the Peoples Democratic Party (PDP).

The apex court has therefore ordered the Court of Appeal to continue with its proceedings on the appeals filed by the substituted governorship candidate of the People’s Democratic Party (PDP) in Ondo State, Eyitayo Jegede (SAN).

Jegede had appealed the decision of Justice Okon Abang of the Federal High Court, Abuja directing the Independent National Electoral Commission (INEC) to substitute his name (Jegede’s) for Jimoh Ibrahim as the party’s candidate for the election scheduled for November 26.

It would be recalled that the Justice Ibrahim Saulawa led three-man special appeal panel, which heard the appeal marked: CA/A/551C/2016 and other appeals relating to the Ondo PDP dispute, had scheduled judgment for 12noon on Friday  in the Jegede appeal.

Parties and all in court were however surprised when, upon resumption of proceedings, Justice Saulawa said the judgement and all other issues would be suspended until the Supreme Court decides a motion for stay of proceedings pending before it.

Justice Saulawa, who cited a fresh motion filed Thursday before the Supreme Court by nine individuals led by the factional Chairman of PDP in Ondo, Biyi Poroye challenging the refusal of the appeal panel to stay proceedings, said his panel will await the decision of the Supreme Court on the pending application for stay of proceedings.

Charles Igbinidu is a Public Relations practitioner in Lagos, Nigeria
@https://twitter.com/ionigeria
Previous Looking for Nigerian Celebrities? 5 places to find  them in Lagos
Next 14 Policemen fired for misconduct