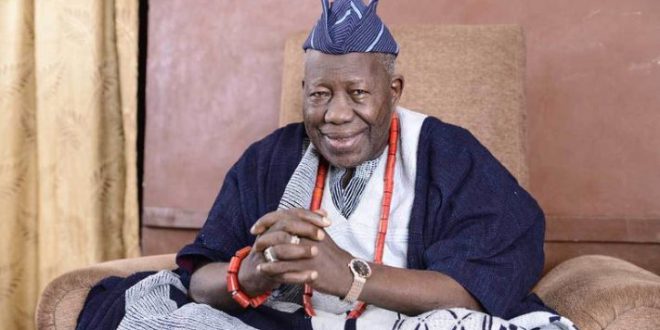 Olubadan of Ibadan, Oba Adetunji, joins his ancestors, to be buried today

The Olubadan of Ibadanland, Oba Saliu Adetunji is dead.

It was gathered that the 93-years-old monarch passed away in the early hours of Sunday at the University College Hospital (UCH) in Ibadan, Oyo state.

The remains of the late Olubadan of Ibadan, Oba Saliu Adetunji, will be buried today, the Popoyemoja Palace, has confirmed.

The palace made this known in a press statement by its Director of Media and Publicity, Adeola Oloko, titled, “Olubadan passes on, to be buried today”.

“Oba Adetunji, 93, passed away in the early hours of this morning at the University College Hospital, UCH, Ibadan.

“He is survived by his wife, Olori Rashidat Ololade Adetunji, Children, grandchildren and great-grandchildren.

“He will be buried at 4.00 pm today at his Popoyemoja, Ibadan Palace according to Muslim rites. Other things follow later.”

ba Adetunji ascended the throne as the 41st Olubadan of Ibadan on March 4, 2016.