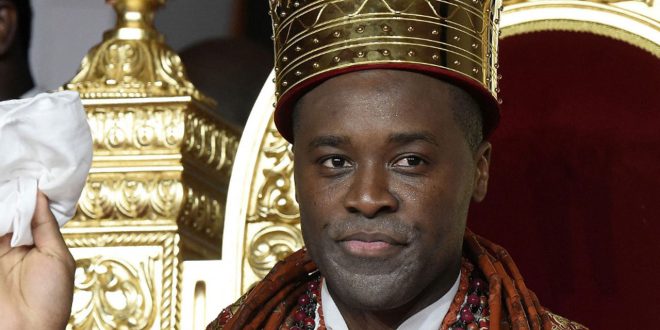 The Olu of Warri, Ogiame Atuwatse III, has said he did not endorse the All Progressives Congress (APC) presidential aspirant Asiwaju Bola Tinubu in the 2023 General Elections, contrary to media publications.

The Head, Back Office Operations, Office of the Ogiame Atuwatse III, Oriiz Onuwaje, gave the clarification in a statement issued on Saturday and made available to newsmen in Warri.

Onuwaje was responding to media reports that the king had endorsed Tinubu when a delegation of the South West Agenda for Asiwaju (SWAGA) and Delta for Bola Ahmed Tinubu visited him on Thursday at his palace.

Onuwaje said the reports were “taken out of context to suit a narrative”.

He said that the Olu of Warri had no political affiliation to any political party, or candidate vying for any office in the forthcoming elections and accused the writer of the report of contravening the palace’s non-partisan status.

“On the instructions of His Majesty Ogiame Atuwatse III, The Olu of Warri firmly refutes the statement claiming Ogiame’s endorsement of Asiwaju Bola Tinubu.

“Ogiame has no political affiliation or preferred political candidate for any office in the forthcoming 2023 elections, be it at the regional, sub-national, or national level.

“Ogiame is a father figure to all and has no personal favourite or special interests in any candidate, or political party vying for any office in the forthcoming elections one way or another.

“He will, therefore, not endorse or discredit any candidate to the detriment or advantage of others,” he said.

Onuwaje noted that Olu of Warri is a father figure to all who had a genuine interest in advancing development of the nation.

“Ogiame is duty-bound to receive and proffer advice and blessings to all those who seek his audience and counsel.

“Therefore, His Majesty Ogiame Atuwatse III is using this medium to make this important clarification.

“For the avoidance of doubt and further requesting in the future, any queries and clarifications on palace communication should be directed to the palace media office,” he said.