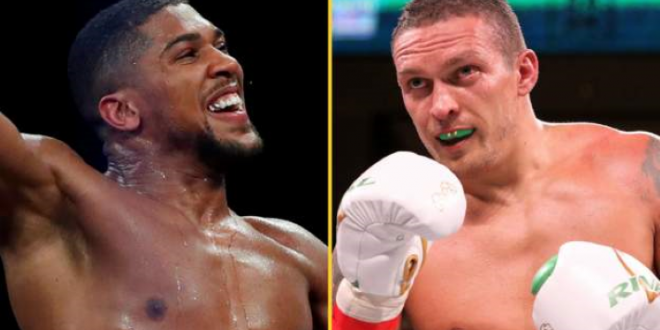 OLEKSANDR USYK is expected to leave Ukraine and start training for a blockbuster rematch with Anthony Joshua.

Usyk, who joined the territorial defence after Russia invaded, was given permission by the nation’s Sports Minister to leave the country despite the ongoing war – although under the current law he was free to leave at any time because of his young children.

After fellow boxing hero Vasyl Lomachenko declined to leave for his own title fight with George Kambosos in June, it was not clear if Usyk would follow suit and stay or meet Joshua in the ring.

But a source told SunSport late last night: “It is true. Usyk is moving to his training camp in Europe.”

That would appear to give the green light for a mega-fight with AJ sometime in June.

Earlier this week, promoter Eddie Hearn predicted two-weight world champ Usyk would be ready to face the man he dethroned.