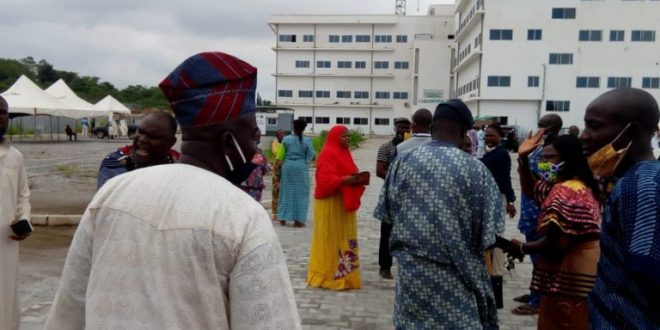 Parents of students in private secondary schools in Ogun on Sunday took to the streets to protest requirement to pay N25,000 for COVID - 19 test for their children to go back to school.

There was an outrage in Abeokuta, Ogun State on Sunday as Parents of students in private Secondary Schools in Ogun State protested against the payment of N25,000 for COVID-19 test by each student.

Graduating students are billed to resume schools ahead of their examinations on Tuesday and the government had mandated each student to undergo a test as a precondition for resumption into school.

The government said only students certified free of COVID – 19 will be allowed into the school premises.

But parents alongside their wards in large numbers visited 54gene COVID – 19 Mobile Lab located within the state – owned MTR Specialist Hospital, Abeokuta, for COVID – 19 tests, only to be informed of the payment of N25,000 per student.

The parents became agitated and staged a protest against what they called monetisation of the test.

They also queried why the government would impose any levy on students of private schools while their counterparts in public schools were tested free, arguing that the disparity was against the electioneering manifesto that brought in the present administration of free education.

The aggrieved parents also shut the gate of the hospital, as part of moves to show their grievances against the payment.

For more than six hours, they took over the premises and brought activities to a halt, preventing entry and exit into the hospital.

Speaking with newsmen, one of the parents, Dr. Kehinde Sanwo questioned why the government should discriminate between students in public and private schools adding that they are all children of the state that should be treated equally.

Sanwo, who is the Vice Chairman, Parent Teachers Association (PTA) of the Taidob College, Asero, Abeokuta, said “The parents here are good citizens of Ogun state where we are taxpayers. And it is so disheartening that we are here at the MTR hospital, the venue for covid-19 test.

“When we arrived, we were told to pay N25,000. Whereas, some people who arrived earlier paid nothing. So, we don’t know where the decision came from. Some of us have more than two children. Why this segregation?”

Speaking with newsmen at the venue of the test, Director of Public Health at the State Ministry of Health, Dr. Olukayode Soyinka said he was not aware of the N25,000 COVID -19 test payment on private schools’ students. Soyinka said COVID-19 test before now had been free, stressing that he was just instructed by the state commissioner for health, Dr. Tomi Coker to make himself available at the venue to provide a conducive environment for the students.

He however disclosed that the test was organized by the state government in conjunction with a private laboratory company, 54gene under the Public Private Partnership arrangement.

Speaking with Daily Trust, the Special Adviser to the Governor on Public Communications, Remmy Hazzan denied what the parents called segregation, saying “It’s not segregation, but a show of magnanimity by the state government.”

Hazzan said the parents are free to approach any certified COVID – 19 Lab Centre to ensure their wards get tested and cleared free of the virus.

“The test is not compulsory for day students; it is compulsory for boarders. Boarders in public schools have 100 percent subsidy, boarders in private schools, 50 percent subsidy. However, those in private schools or any parent may choose to approach any other lab aside from ours to get this test done. What is most important is that those labs that they go to must be NCDC certified,” Hazzan told Daily Trust in a telephone interview on Sunday.

Speaking further, the governor’s aide said “May I announce to you that anybody who is capable of enrolling his ward in private school has taken it beyond the level of a taxpayer. When you are in a private school, the argument of a taxpayer for such does not apply. It’s the school that we are compelling now to ensure that those in the exit classes are COVID – 19 negative and provide their test results. So, in providing it, if they want us to be the one responsible for the test, we have gone one step further to give a 50 percent discount. If that is the argument of being a taxpayer, the state government has also done something.” 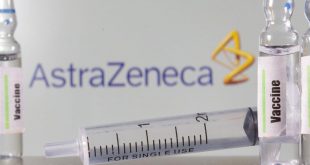