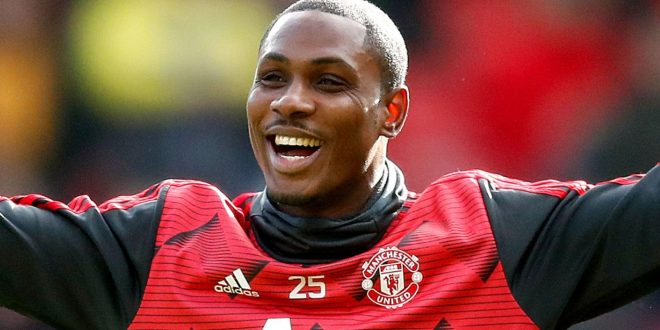 Manchester United striker Odion Ighalo has expressed his satisfaction at clinching an extended stay with the Reds, after confirmation his loan period will run until the end of January 2021.

The Nigerian striker was an instant hit after arriving from Shanghai Greenland Shenhua at the end of the winter transfer window but that deal was due to expire on the final day of May.

Much to the 30-year-old’s relief, negotiations over an extension proved successful to enable him to remain in Manchester to help the Reds on three fronts when things hopefully get under way again later this month.

“I feel okay. The last few days have been difficult as there have been different talks about it but now I’m really happy so I need to concentrate fully. I’m here until the end of January, so it’s good for me.

“I decided I want to stay and I’m happy. Since the first day I arrived, I made it clear that I wanted whatever it takes to continue that work. It was very difficult, there were some talks, but I’m happy they finally agreed and got everything done. Everything is official now.

“I’m sending thanks to the Shanghai president and director for the support because they know this is what I want. So I’m thanking them and I’m happy that this has happened. They wish me all the best too.

“Like I’ve said, since I was young, I’ve been supporting this club and playing for it is a dream. Now I’ve extended my loan, it makes it more even clear and I’m committed as I know, in my head, I’m here until January ending. I just want to work hard and enjoy it, support the team and do whatever I can to make us go higher and higher.”

When asked to describe what it feels like scoring for his boyhood favourites, he replied: “Seeing it happen, it’s very difficult for me to explain the feelings inside. I just want to say it’s a great moment I’m going to cherish for the rest of my life.”

It is clear how enamoured the striker is with the club and the way he has been treated since arriving in January.

“Seeing the club from the outside, Man United or Manchester United and all that, being inside, you know you’re playing for one of the biggest teams in the world,” he enthused. “Everything looks different inside it.

“The way they take care of you, the way the staff work there, everything. The younger lads and the way they work; they’re growing and maturing and getting into the team. And, especially, the hospitality as they make sure everything is 100 per cent okay. They check you, even if you’re at home, to see if you’re okay or you need anything.

“It’s different from where I’m coming from and different to where I was before,” he added. “It’s something I’ve never seen before and it makes me wonder if I’m dreaming or it’s reality.”

The dream is continuing for Ighalo now the extension has been agreed and he certainly has the backing of all the United faithful as he looks to fire more goals in the coming weeks, once football resumes

Charles Igbinidu is a Public Relations practitioner in Lagos, Nigeria
@https://twitter.com/ionigeria
Previous Senate approves Buhari’s $5.513bn external loan request
Next Missing boy found dead with his eyes plucked out in the back of a car in Suleja (graphic photos) 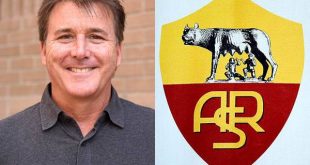