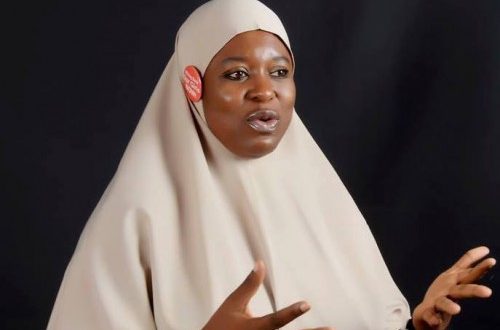 Yesterday, Twitter temporrarily suspended the account of co-convener of the Bring Back Our Girls advocacy group BBOG, Aisha Yesufu, for violating their rule.

See her tweets below 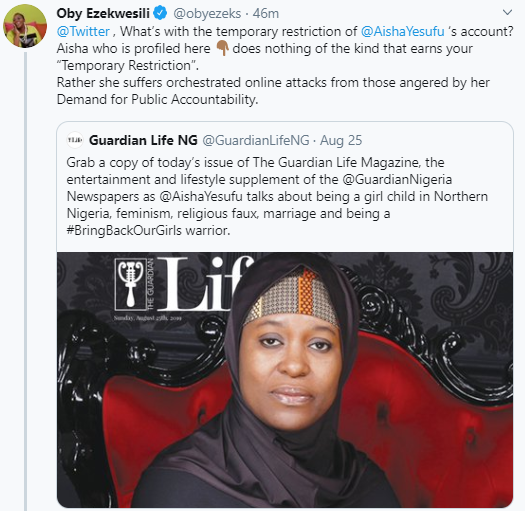 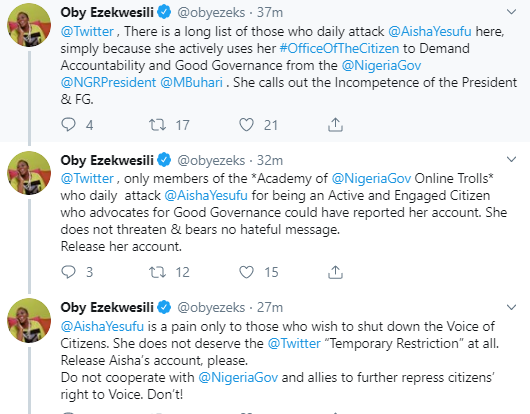 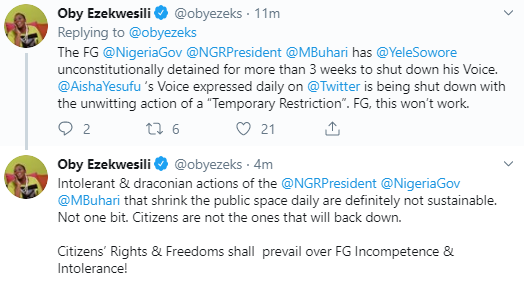 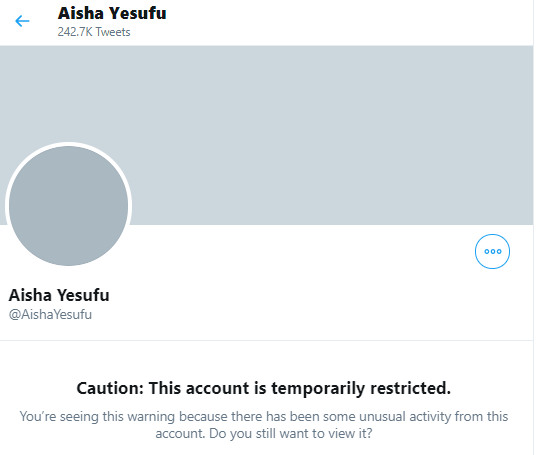