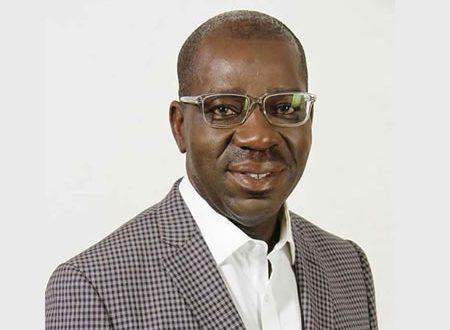 Governor Godwin Obaseki of Edo State has reacted to the confirmation by the University of Ibadan that he graduated from the institution, The PUNCH reports.

The National Chairman of the All Progressives Congress, Adams Oshiomhole, on Tuesday, had expressed doubt over the authenticity of the first-degree certificate presented by the governor.

While inaugurating the APC’s screening and appeal committees for its members contesting the governorship primary in Edo, Oshiomhole said, “Someone should approach the UI and end this matter once and for all. If the certificate Obaseki parades is that of the UI, find out how did he pass senate screening of those days? I’m aware that in those days when this man never dreamt of becoming a governor, every student, no matter your status or your family name, must pass screening.”

But the management of UI in a statement by its Registrar, Olubunmi Faluyi, on Wednesday, said the governor graduated from the institution where he studied Classics.

“Obaseki gained admission to the University in 1976 and graduated in 1979 with a Second Class Honours, Lower Division.

“Records of his Admission and Graduation are intact in the archives of the University,” Faluyi said.