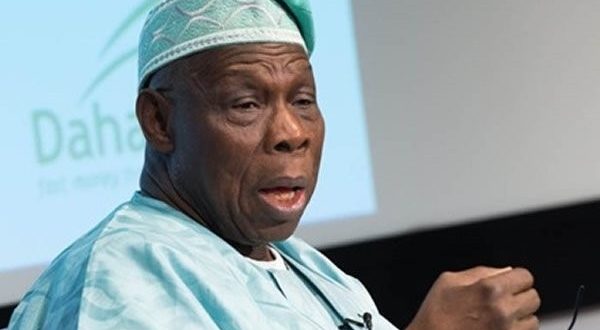 Obasanjo Reveals Friends Almost Broke Him Out Of Prison

Former President, Olusegun Obasanjo, has revealed that some of his friends had plotted to break him out of prison while he was imprisoned.

The president disclosed this on Friday, December 8, 2017, while speaking at the 20th anniversary of the death of Shehu Musa Yar’Adua.

Yar’Adua was a retired major general who also served as Obasanjo’s deputy when he was military head of state from 1976-1979.

The two were arrested and imprisoned in 1995 by the regime of then-military head of state, Sani Abacha, on allegations of plotting a coup.

They were both initially sentenced to death before the sentences were later commuted to life imprisonment; but Yar’Adua died in custody in 1997, a year before Obasanjo’s release.

While recounting the time he spent in captivity, he said, “Some of my international friends sent a message that they were ready to storm the Yola prisons and rescue me in a helicopter and take me to safety in Cameroon, but I said no, if you do that I will not leave the prison.”

The president also discussed the events that led to his imprisonment.

He said, “When I learnt that Shehu was first arrested I asked Abacha. He said he was not aware. I said it is not possible for a former No 2 to be arrested without the knowledge of the current No 1. Thereafter, Shehu was released.

“Later, Shehu was arrested again. I was also arrested. We were detained at different locations and we never got to see again until we were sentenced. We thereafter met at Kirikiri maximum prisons.

“It was a mistake to allow us to be together again. There at Kirikiri, we discussed at length. We strategised on Nigeria. Unfortunately, he died in prison and he could not fulfill his dreams for the country in his lifetime.”

After his release from prison by the government of Abdulsalami Abubakar, Obasanjo went on to become Nigeria’s president in 1999 and won reelection in 2007.