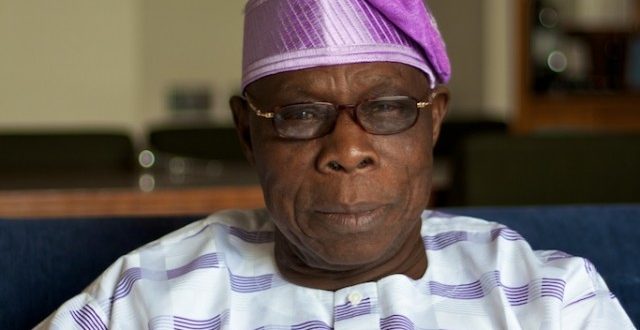 Obasanjo ‘remains the grandfather of corruption in Nigeria’, says Reps

The House of Representatives, has said that former President Olusegun Obasanjo ‘remains the grandfather of corruption in Nigeria and he has no moral authority to discuss corruption or indeed abuse of office in Nigeria’

Abdulrazak Namdas, spokesperson of the House of Representatives said that Chief Olusegun Obasanjo lacked the moral authority to discuss corruption because “the list of his corrupt acts while in office is endless.”

“Undoubtedly, the former President Obasanjo is understandably angry with the National Assembly as an institution having foiled his ambition for a third-term in office even after trying to corrupt the members with a bribe of at least N50m each.

“Lest we forget, the person who introduced corruption to the National Assembly is Chief Olusegun Obasanjo. He birthed the 4th Republic National Assembly with corrupt practices from day one; indeed the first day of the Republic.

“He bribed both PDP, ANPP and AD legislators on their inauguration in 1999 to vote against the majority candidate of PDP, Dr. Chuba Okadigbo. That was how Senator Evan Enwerem became Senate President.

“Have we forgotten the sacks of money displayed on the floor of the House of Representatives being bribe money paid by Chief Olusegun Obasanjo to some Honourable members to impeach Speaker, Rt. Hon. Ghali N’abba?

The House of Representatives is obviously reacting was to the former president’s statement at a forum on Wednesday during which he described the National Assembly as “a den of corruption” controlled by “a gang of unarmed robbers.”