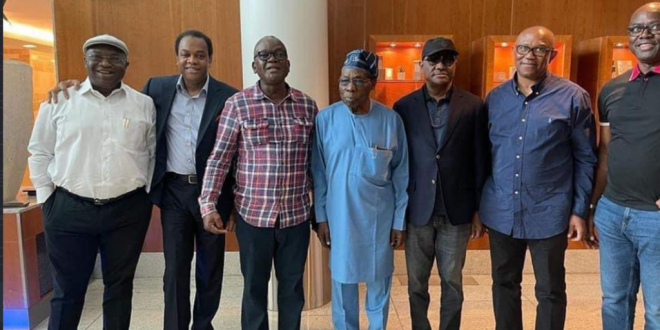 Wike and some Peoples Democratic Party (PDP) governors are currently in London to strategise ahead of the 2023 elections.

Former Governor Donald Duke was also in attendance. It is unclear what the discussion with Obasanjo was about.