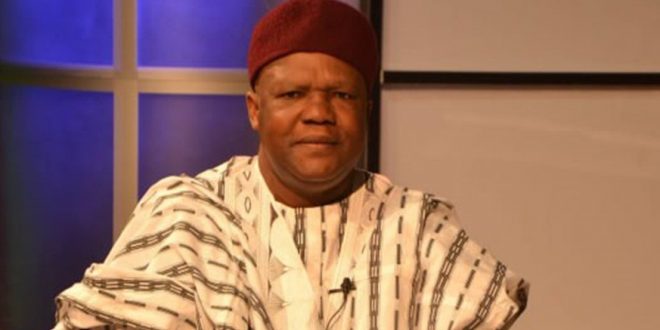 Former Deputy Governor of the Central Bank of Nigeria, CBN, Dr. Obadiah Mailafia, has tendered his resignation to the authorities of the National Institute for Policy and Strategic Studies, NIPSS, Kuru, near Jos.

Mailafia is being investigated by the Department of State Services, DSS, over his recent claims during an interview he granted a radio station

Dr. Mailafia, who was the presidential candidate of the African Democratic Congress, ADC, in the 2019 general elections, until his resignation was a directing staff at NIPSS, a think-tank institution in the country.

His counsel, Yakubu Bawa, confirmed on Tuesday that he tendered his resignation last week and the Institute has accepted it.

Besides being investigated by the DSS, the Nigeria Police Force had also extended an invitation to him, which is being challenged by his legal team on grounds that it was “strange and alien to Nigeria’s extant laws and procedures” and had approached the court asking for the invitation to be put on hold.

Bawa, who spoke on behalf of the team, said: “The DSS had assumed investigation in the matter. For the purpose of clarity and emphasis, DSS is still investigating Dr. Obadiah Mailafia in respect of the said matter.

“We are praying the court to make a judicial pronouncement on the letter of invitation served on Dr. Obadiah Mailafia.

“We are equally subjecting the invitation made by the office of the DIG Force Criminal Investigation Department, Abuja, to Dr. Obadiah Mailafia to appear for an interview under judicial scrutiny.

“We strongly believe that it is significant to hear the decision of the Court on these germane issues.”