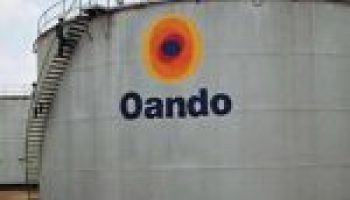 Shareholders of Oando Plc from across the South-West states on Tuesday staged a protest in Ibadan, the Oyo State capital, and demanded that the company’s Managing Director, Wale Tinubu, should step down because of the firm’s poor financial position.

Making reference to the report of the last Annual General Meeting of the company, which was held in Uyo, Akwa Ibom State, where the External Auditor, Ernst & Young, stated that Oando reported a comprehensive loss in 2015 and 2016, the National President, Renaissance Shareholders Association, Olufemi Timothy; and the National Coordinator, Proactive Shareholders Association of Nigeria, Mr. Taiwo Oderinde, condemned the meeting, saying it was stage-managed to continue the mismanagement of the company’s finance by the current management.

Timothy stated, “Oando Plc is practically dead because it is no more a going concern. Its contemporaries are doing well and bringing glory to their shareholders. We are calling on President Muhammadu Buhari, the Financial Reporting Council of Nigeria, Nigerian Stock Exchange and the Senate Committee on Capital Market to intervene before it is too late.

“We are dying because our investments in the company have grown wings. The share we bought for N90 has come down to N5 under Wale Tinubu’s watch. A proper probe should be carried out. Tinubu should step aside. The company has gone with its current reported N263bn negative working capital.

“We worked hard to invest in the company but what did we get in return? Absolutely nothing! The poor shareholders are suffering and many have died. We have a lot of retired people dying because their investments have gone. Under the current management, Oando suffers a lot and we cannot tolerate it again.”

Oderinde said that Transparency International rated Nigeria poorly in its global corruption index because of alleged corrupt practices within institutions like Oando.

“Enough is enough and Wale Tinubu must go. If you go to the Transparency International’s website, you will see their rating of Nigeria on the global corruption index and it was stated therein that not only individuals are corrupt in Nigeria, but institutions too. Little did we know that TI was referring to companies like Oando,” he said.

The protesters also visited the NSE office in Dugbe, where the Branch Manager, Mr. Kayode Ogun, urged them to write a formal letter to the bourse, stating their demands, while calling on them to exercise restraint while the NSE looked into their petition.

Previous Okorocha: Hausas Can Win Election Without Igbos, Hence The Hausa-Yoruba Alliance
Next Two Men Fight Over A 5-Month-Old Baby Delivered By Their 18-Yr-Old Girlfriend In Warri