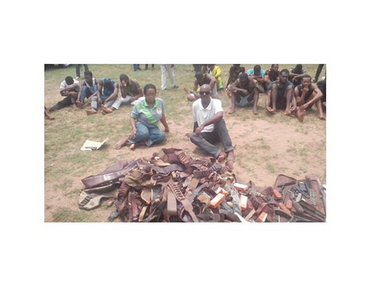 The State Commissioner of Police, Chris Ezike, disclosed that the husband was identified as a major supplier of arms to notorious kidnapper, E-Money, who was killed during a gun battle with the police last year.

The Commissioner disclosed that the suspects have confessed to the crime as well as their involvement in the supply of arms and ammunition to some robbers in the southeastern state.

While the NSCDC personnel denies knowledge of the recovered items in her husband’s bedroom, her husband maintains that he only repairs the guns.