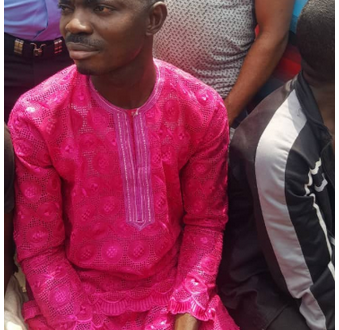 The Lagos State Police Command has arrested a notorious cultist who threatened to maim the DPO of Oworoshoki Division, CSP Ifeanyi Owo, for arresting their gang leader.

According to the Lagos State Commissioner of Police, Mr. Imohimi Edgal, the DPO, CSP Ifeanyi Owo, on the 11th of October, 2018, received a call from an unknown number and the caller threatened him because he arrested their leader named Kayode Ojo.

He also rained curses on the officer saying that the DPO will know no peace again; that he will kill the DPO and burn down the police station to ashes.  The CP further said, “On receipt of this threat, he quickly contacted me as the Commissioner of Police and I directed the officer in charge of Anti-kidnapping Squad to ensure that the culprit was arrested”.

Consequently, the Squad went underground and deciphered the unknown number to be MTN number 07033719352 owned by one 38-year old Austine Oghieh.

He was traced to 15 Fakeye Street, off Jimoh Yusuf Obawole, Fagba area of Lagos where he was apprehended. The suspect confessed to the crime. On completion of investigations, he will be charged to court accordingly