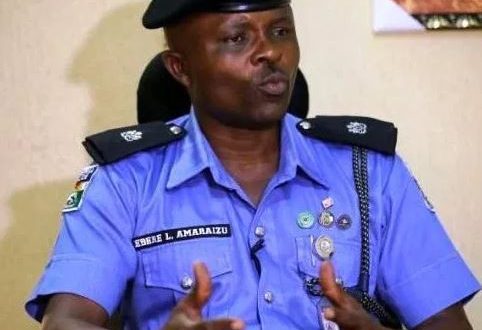 The police said it recovered a locally made pistol, two cartridges and assorted handsets from the suspect.

The Command’s Public Relations Officer, SP Ebere Amaraizu, said in a statement on Thursday in Enugu that the suspect was arrested on Wednesday at Mgbowo community in Awgu Local Government Area by operatives of Operation Puff Adder following intelligence information.

“It was gathered that based on intelligence information, police personnel struck in the early hours of Wednesday at Mgbowo community, where they recovered a pistol, two cartridges and assorted handsets believed to have been robbed from victims,’’ he said.

He added that the suspect had been helping police operatives in their investigation. “Similarly, the operatives while on stop-and-search duty along Aria-Milliken road in Enugu on July 18, recovered a locally made pistol with 10 live ammunition. The pistol and ammunition was concealed inside a big loaf of bread and put inside a polythene bag comprising two packets of cabin biscuits hidden inside a tricycle,’’ he informed.

Amaraizu also reported the state Commissioner of Police, Mr Suleiman Balarabe, as applauding the efforts of personnel of Operation Puff Adder in the state for successes recorded so far.

Charles Igbinidu is a Public Relations practitioner in Lagos, Nigeria
@https://twitter.com/ionigeria
Previous Kehinde Bankole reveals her first job was at a pharmacy; says “where you are today doesn’t define where you’re going tomorrow”
Next Swedish prosecutors officially charge US rapper A$AP Rocky with assault and will remain in custody