Home / News / International News / “I Am Not A Racist”: Donald Trump Says 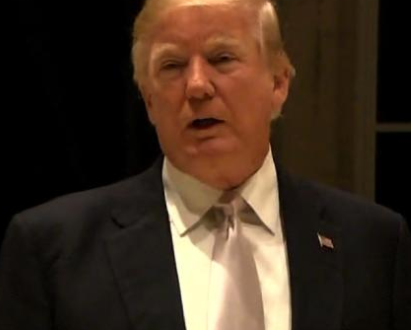 “I Am Not A Racist”: Donald Trump Says

Several days after he received heat for his remark about African countries and Haiti being “shithole countries”, President Donald Trump defended himself saying he is not racist.

“I am not a racist,” Trump told reporters at a dinner photo opportunity with House Majority Leader Kevin McCarthy in West Palm Beach, Florida,

Trump said when asked if he is a racist: “No, I’m not a racist. I am the least racist person you have ever interviewed.”

Trump’s first wife, Ivana Trump echoed the US President’s remarks during a TV interview on Monday. She said Donald Trump may occasionally say “silly” things but he’s “definitely not racist.”

Asked on the UK’s Good Morning Britain TV show about the President’s vulgar remarks about African nations last week Ivana Trump said she did not believe they showed he was racist. “Sometimes he says things that are silly,” she said.