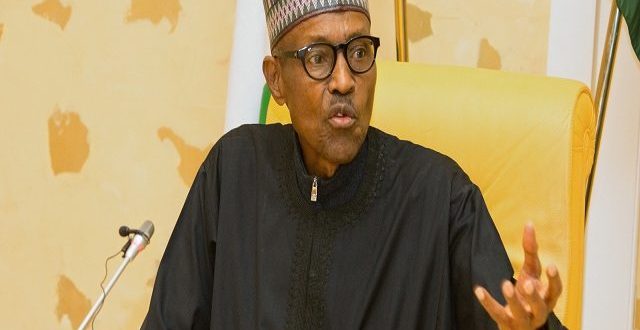 I Am Not Good At Making Money – Buhari

President Muhammadu Buhari has said his major weakness lies in not knowing how to make money.

He also disclosed that he even borrowed money to build his three houses in Daura, Abuja and Kaduna.

The President made this known while speaking on his assets during an Interview with Sun Newspaper.

According to him, “When Murtala/Obasanjo regime came, they made sure that certain grades of public officers must declare their assets when they assumed that office and they must declare when they were leaving. So, when I was sworn in as governor of North East, I declared my assets.

“I declared surprisingly, even the number of my cows then. Even if they were supposed to be producing every year, but I declared them the time I was there. And when I was leaving governorship, I became petroleum minister.

“When I was leaving to go to War College, I declared my assets. I could recall General Jemibewon then, was the Adjutant-General of the Army. He rang me and said he was sending me asset declaration form, that I must fill it, sign it before I left for the United States. And I did.

“General Jemibewon is still alive. And when I became head of state eventually, I declared my assets again.

“So, if you people are serious and interested about political officers becoming multi-billionaires, you can find out from Murtala downwards. And those of us who were not very good in making money you should pity us.

“Everybody likes money but I am not very good at making money. Let me put it that way. I borrowed from the banks to build the house in Daura and the one in Abuja that you mentioned and the one in Kano. The bank then was Barclays, now Union Bank. Kaduna State or North Central then housing scheme and the Federal Mortgage Bank for the house I am in and AIB, which was, I think, terminated by Central Bank. So, when you go through the records, you find out that the houses I built, I borrowed from there.”