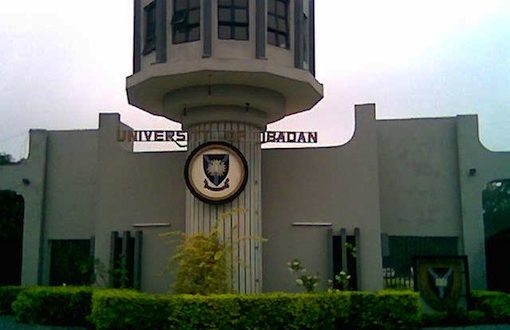 All of us will be deceiving ourselves, collectively, as a people, if we claim not to know that the Nigerian formal system of education had long been in jeopardy and currently in the phase of progressive steep decline. If there are people still in doubt about this, some facts will be advanced, soon, for clarity.

This sad reality is, particularly, clearly evident at all levels of publicly owned educational facilities. It is no more news that these earlier mentioned public facilities are merely struggling – with positive hopes and aspirations – against many odds, to deliver high-quality human capital and other products. The painful decline in quality of inputs into, and outputs from, public educational facilities resulted mainly from multifarious but intertwined human-induced causes such as low self-esteem of many past and current government officials, somersaults in governments’ educational and allied policies, and the quest(s) for immoral, and most times illegal, acquisition and/or conversion into private property, of public wealth, by those that were/are expected to make them productive for common good. This list is almost endless.

This decline, that has gradually become a decay, deliberately, set in motion by successive governments – with consistent negative advice and encouragement from local and foreign evil collaborators – has been the kernel of almost all the reasons for the avoidable intractable struggles by Academic Staff Union of Universities (ASUU) over the years. These struggles were necessitated by ASUU’s resolve to resist the attempts, by individual(s) or group(s), at completely destroying public universities the way public primary and secondary schools were successfully destroyed. The state of these pre-tertiary public facilities (primary/secondary schools) has been so pathetic that many of us that attended them now find it difficult to send our children/wards there. In bridging the gap caused by the collapse of these public educational facilities, more private entities stepped in, with many, eventually exploiting the unnecessary space. It is now, almost, all about private primary and secondary schools in Nigeria! However, this does not imply that the entire privately-owned educational facilities are without flaws, caused by humans.

For instance, owing to their mercantile mindset, the proprietors of many privately owned educational facilities (with the exemption of some good ones) are mainly interested in the profit to be made from their ‘business enterprise’. These kinds of ‘businessmen’ (and women) are not really interested in using education, as a veritable tool, to develop a high-quality human capacity for a positive transformation of society! Owners of these ‘strictly business’ entities are mainly interested in empowering themselves. It is more morally challenging when these shylock proprietors are the same as those that contributed to the collapse of Nigeria’s public educational facilities. These people need to know what formed the foundation for, and the philosophy behind, many of the now successful private educational institutions in Europe and North America. Governments, in those places, did not ‘kill’ public educational institutions for private ones to grow! Anyway, we need not go far into this discussion, here, as it is not intended for this current intervention. There will be time for it in the very near future. Thus, let us quickly veer off, from here, into a very important challenging challenge, also, to the educational sector in our dear country.

This challenge, like insurgency and banditry, which started, seemingly, small in parts of northern Nigeria, has grown, at a geometric progression, with ‘our eyes wide open’, to become an industry – a lucrative crime industry – ravaging the whole northern part of Nigeria and boldly moving southwards, unchallenged. There is no need for guesswork. It is what we all knew about, all along, but earnestly wished that solution(s) for surmounting it will – out of the blue – be provided by beings from the outer space. We are actually talking about kidnapping/abduction of boys and girls from schools’ compounds/dormitories by group(s) of criminals that have successfully terrorised us, so much, that we have become afraid to publicly call them what they truly are – criminals. Why will people not be afraid in this kind of country where criminals appear to be above the law? Was it not in this country that this atrocious crime (kidnapping/abduction) got politicised, and still is? Have the governments (both past and present) shown us that they have been able to be ‘on top of the situation as they were quick to say?

The governments at all levels, especially the Federal Government of Nigeria – without mincing words – have not been able to deliver in the very important area of governance concerning ensuring security for the country’s law-abiding citizens in the north, south, east, and west. In order to justify this statement, it is incontrovertible that the public domain is awash with reports corroborating the claims that these criminals have grown by leaps and bounds since April 2014 when the ‘first’, (perhaps there were earlier unreported ones), well-publicised successful kidnapping occurred at Government Girls Secondary School, Chibok, Borno State, Nigeria. Since the kidnapping of those girls, simply called Chibok Girls, business has been good for these criminals! In fact, criminals in Nigeria are now emboldened, daily, by governments’ actions/inactions. Like we did in an earlier interaction, we ask again: Are these criminals really non-state actors? Criminality has become business as usual in a country with some of the best brains and hands used in effectively solving security challenges elsewhere! This is really unbelievable! Indeed, insecurity in Nigeria, has unbelievably worsened, to the extent that a high-ranking government official was recently quoted to have purportedly said that “government cannot secure all schools”.

Is this not the same Nigeria where one does a night journey from Maiduguri to Lagos? How did we get here? Nigerian governments appear to be giving in to terrorists’ demands. Such are the ones that revolve round discouraging exposure of law-abiding citizens to Western education. This is a country where the staggering population of out-of-school children – especially in northern Nigeria – is already a threat to future developmental potentials! The terrorists (or ‘non-state actors’) are winning while the governments have been caught flat-footed! Or how else do we explain the situation whereby boys and girls are picked, like snails (day and night), from their schools by criminals and ‘vanishing with trace’. Yes, with trace, because recent activities of some well-placed people visiting these criminals’ ‘hideouts’ indicate that the location(s) of many of these ‘non-state actors’ are not unknown to the authorities. We do not want to agree, but some Nigerians are strongly of the opinion, that these ‘non-state actors’ are working hand in glove with some people at all governmental levels, in the past and now. So, we understand why the fear of being kidnapped, again, to experience the harrowing emotional trauma, has made many vow not to allow their children/wards to go back to school. Therefore, we simply ask: Are the terrorists not winning?

We will continue to contribute towards sincere efforts at rousing Nigerian governments, at all levels, from their deep slumber. This is irrespective of the fact that being in slumber is their comfort zone. We will continue to remind them, in the words of Henry Peter Brougham (1778–1868), that “education makes a people easy to lead, but difficult to drive; easy to govern, but impossible to enslave”. They are not to give in to terrorists and other criminals, currently, on a rampage in this country or aim, in any way, at ‘driving or enslaving’ Nigerians, because these will eventually backfire. The Federal Government of Nigeria, with almost all the constitutional powers over the country’s security architecture, should sit up and do the correct needful, now. We are not interested in how solution(s) to insecurity in our country can/will be found. What we are interested in is sustainable results, as simple as that! Get the results so that, at least, this major challenge, now, contributing to this phase of progressive decline in the quality of education, festering in northern Nigeria, would be surmounted. History is beckoning to Nigerian governments at all levels. Certainly, if this history will be a wonderful one, the choice is theirs – today 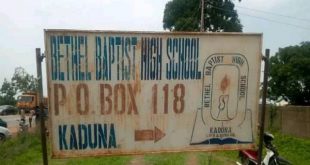 Spread the loveThree students of Bethel Baptist High School, Kaduna, have escaped from their captors.