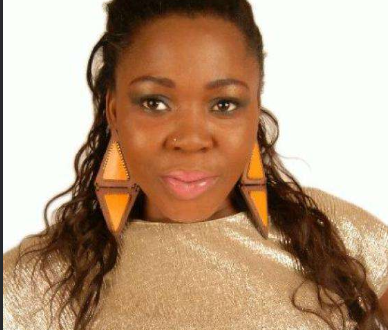 Yetunde Akilapa is in the news again and its for getting caught while trying to burgle a house in Ketu area of Lagos state.

The arrest of the one time actress made it the fifth time she has been nabbed and charged for unlawful entry and attempt to burgle someone’s house.

According to reports, Akilapa was caught and handed over to the police while trying to gain entrance into an apartment on in Ajao estate, Oluwalogbon area of Ketu, Lagos state.

The fifth arrest is coming six months after she was arrested and charged to court for burglary and stealing valuables to the tune of N7million at an apartment situated inside Mutairu street, Shangisha area of Ketu, Lagos.

As it had happened in previous attempts, Akilapa was caught with a bunch of master keys, which she intends using to gain entry.

In 2014 after she was arrested for burglary and stealing, she said she needed prayers to overcome the spiritual attack on her.

“I am not a thief. I didn’t steal anything. I don’t know what is happening to me. I have every reason to believe my problem is spiritual.

I can’t even explain the circumstance I found myself. I am fed up with life. I am not what people think I am. God please help me out of this mess.

As I am speaking with you now, I am in Ibadan, Oyo State, seeking the face of God and I believe I would get out of this dilemma one day. I am not a kleptomaniac.”

4 other times Yetunde Akilapa has been caught burgling houses

On January 12, 2014, she was caught again trying to burgle with the intent of stealing at a house inside Magodo Phase II. She was caught with a bunch of master keys which was hidden inside her bra.

In February 2013, the one time actress was in the news for allegedly involved in robbing a house after which she was sent to Kirikiri prison by the court after she was found guilty.

On November 16, 2015, Akilapa allegedly burgled the residence of Oyinlol Tuga on Ayodele Okeowo street, Gbagada and tried carting away valuables when she was nabbed in the act.

In July 2018, the 32-year-old Akilapa was dragged before an Ikeja Chief Magistrates’ Court and charged with burglary and stealing valuables worth N7million. She was accused of burgling into an apartment belonging to Adeboye Lamidi on Mutairu street, Shangisha, Ketu on June 27, 2018.

Previous Yahoo Boy Caught With Charms During Winners Chapel Shiloh Programme
Next I’m Already Dead, No One Can Kill Me – Pastor E.A Adeboye