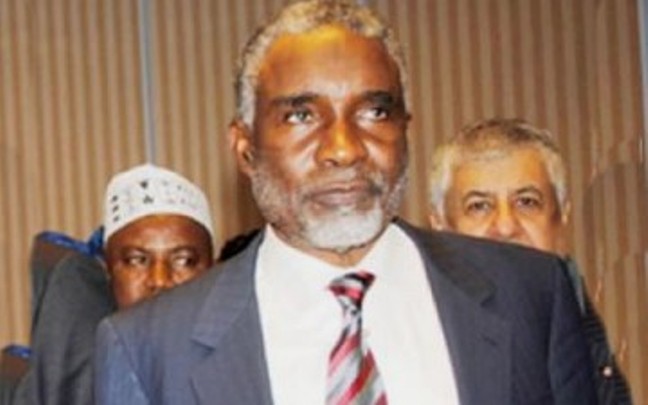 No tears for Nyako by Charles Igbinidu

Murtala Nyako is a retired Admiral (General), good generals are very strategic. They know how to choose their enemies. They know how to keep their homes in order. Nyako embarked on a war with the President and left his flank open

The Adamawa State House of Assembly on Tuesday created multiple records. It became the first House of Assembly to successfully impeach and remove from office a State Executive Governor after the tenure of Chief Olusegun Obasanjo in the current civilian dispensation.

It would be recalled that attempt by the Ekiti State House of Assembly to remove from office, the then Governor Ayo Fayose, who has now been re-elected was unsuccessful while that of  Diepreye Alamieyeseigha was successful. Other governors removed but reinstated by courts include Rashidi Ladoja of Oyo State, Joshua Dariye of Plateau State and Peter Obi of Anambra State
In addition to successfully removing Nyako, the Adamawa State House of Assembly also created the record of causing the resignation from office of the Deputy Governor, the same day the governor was ousted.
With the risk of being accused of beating a man that is already down, I make bold to state that tears should not be shred for former Governor Nyako.
Nyako is not just a retired Naval Admiral, he was a Chief of Naval Staff and a deputy Chief of Defence Staff during the administrations of Generals Ibrahim Babangida, Sanni Abacha and Abdul salami Abubukar.
For someone that has occupied such pre-eminent positions in the chequered political history of Nigeria, Nyako is expected to be a paragon of patriotism.
Nyako, however, earned the opprobrium of many right-thinking Nigerians with the infamous letter, he wrote to the 19 northern states’ governors.
In the letter, he made some allegations aimed at causing ethnic disaffection amongst Nigerians. He claimed that President Goodluck Jonathan is from the eastern region which according to him was responsible for the killing of northern political elites on the 15th of January 1966.
His words, “The issue now is not between the North and the South or Northern Nigeria vs. Eastern Nigeria or Western Nigeria. We must save our communities, state and Nigeria from the Hitler-like evil-mindedness of a few. Let me remind ourselves that when Hitler walked out of the 1938 Olympics because a Blackman was winning all his events, humanity pretended it did not notice the beginning of genocide; when he started tracking and killing the Jews, it talked glibly about it, as if it did not concern us; when he embarked on his racial cleansing, humanity then began to shiver but it was too late to avert disaster that engulfed the world…We have a duty not to allow our country to be taken to abyss…One is quite sure that if you (the Igbo) had condemned the cold-blooded murder of the political and military leaders of Northern and Western Nigerian origins in the night of 15 January, 1966, by your sons, it would not have led to the massacre of the innocent and the Nigerian Civil War.”
Nyako further said, “… the arms, ammunition and explosives being used by so-called Boko Haram are not manufactured in Nigeria. Somebody must have brought them from abroad to the scenes of attacks. With military check-points mounted everywhere in far greater numbers than we had during our civil war and with only the President, the Vice President and their key staff and Governors of the States on one hand and the Nigerian Military on the other who pass these points unchecked, we could safely assume that it is one of the two groups who conveys these weapons up country from the Port(s) after Custom and Security clearance.”
In conclusion, the former governor said, “The people in the North have also begun to suspect that the Objective of all this is to create enough mayhem for an excuse to deny them their democratic right of Vote by cancelling the forthcoming General Elections in the region and also reduce the Voting power of the people there now and in the future through mass killings of its populace especially its youths.”
His dishonourable letter earned him condemnation by many Nigerians.
According to former military governor of Kaduna State, Col. Abubakar Umar, “The statement of Governor Murtala Nyako; coming from a retired military officer, is shocking and worrisome, and I hope people like him should not put the nation on fire and should desist from making wild allegation.
“What is his aim? Does he wants northerners to pick up arms against the Federal Government or what? These are comments that should not come from leaders who want the nation to progress and move forward; more so, like a state governor and a retired military officer.
“How can he prove the allegation he made against President Goodluck Jonathan that he is encouraging genocide in the country? Doesn’t he realise the implication of this kind of statement? And that the statement can set Nigeria on fire; does it augur well for national stability and unity of the country?”
The National Security Council also excoriated Nyako for the content of the letter. Briefing State House correspondents on the outcome of the last meeting of the Council, Gov. Theodore Orji of Abia said that Nyako’s letter was discussed and all the participants unanimously condemned it.
‘‘The memo that was written by one of our colleagues, that is the Gov. of Adamawa, was discussed and there was a very unanimous condemnation of that memo and all officers, all people in the position of authorities were advised to be cautious of what they say.
“That what they say should be what will, at least, level every person, makes us to know that this country belongs to us not something that will demoralise us, not something that will excite or incite people to go the negative way.’’
It is also pertinent to state that despite the widespread condemnation of Nyako for the content of the letter, he stuck to his position, refusing to apologise or withdraw the letter.
By so doing, he demonstrated in a very unmistakable way that he was unfit to occupy the exalted office of a State Governor.
Nyako never concealed his disdain and odium for President Jonathan. He once alluded to him as ogogoro drinker. He opposed the extension of State of emergency in the insurgency ravaged states of Bornu, Yobe and Adamawa without proffering sensible ideas on how to curb the problem.

It is however ironic that in his time of travails, when it was pretty obvious that his State legislators were serious about removing him from office, he started appealing to the same President Jonathan to intervene on his behalf.
Murtala Nyako is a retired Admiral (General), good generals are very strategic. They know how to choose their enemies. They know how to keep their homes in order. Nyako embarked on a war with the President and left his flank open.
He cross-carpeted from the Peoples Democratic Party (PDP) to the All Progressive Congress (APC) without carrying members of the State House of Assembly and other Party members along. Unlike Rabiu Musa Kwankwaso of Kano State who defected with majority of members of the State House of Assembly, Nyako left alone. Even his deputy did not go with him.
By so doing, Nyako, a retired Admiral, former deputy chief of defence staff showed that he was very poor in the areas of strategy and tactics.
His removal is not only a welcome development but a very good riddance to bad rubbish. 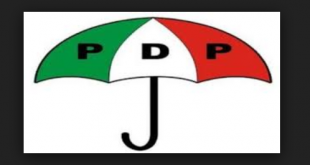