Home / News / Local News / No part of the country can claim to be safe from terrorists, armed robbers and human traffickers – Obasanjo says; Calls for restructuring 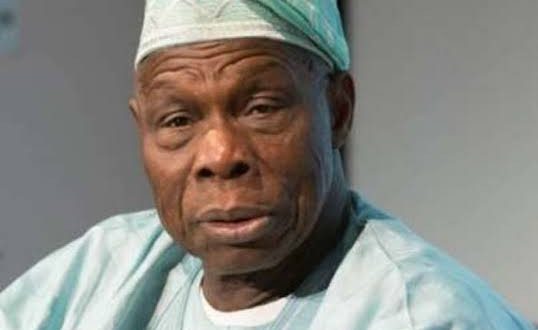 No part of the country can claim to be safe from terrorists, armed robbers and human traffickers – Obasanjo says; Calls for restructuring

Former president of Nigeria, Chief Olusegun Obasanjo, has lamented on the the security state of the nation, saying insecurity now affects every part of Nigeria irrespective of geographical location, tribe, language and religion.

Obasanjo speaking at this year’s edition of the Sobo Sowemimo Annual Lecture organised by Abeokuta Club titled, “COVID-19 and the Nigeria security issues: The way forward.”, noted that insecurity was now the order of the day in the Buhari-led administration.

He said; “Let me lay more emphasis on the issue of security, which in itself is serious enough to make restructuring imperative. The South-West governors cried out and devised Amotekun as a solution or part-solution.  We have yet to see how successfully that will be operated. Other zones are clamouring for a solution because in no state and in no geopolitical zone is life and property safe and secure.

“Criminality is the order of the day.  And it cuts across the entire nation.  Insecurity is one issue of commonality among Nigerians, no matter their tribe, language, religion, geographical location, gender, age or social position.’’

“I leave out economy which is in the doldrums and fighting corruption where you see more heat than light and which is festering like a bad sore. That, to me, is what reform of federating units and restructuring is all about and not about break-up or disintegration. Insecurity brought about by widespread criminality of Boko Haram, insurgents, herdsmen/farmers conflict, terrorists, bandits, armed robbers, militants, kidnappers, abductors and human traffickers is a new phenomenon that is ravaging the entire country.’’

According to Obasanjo, no ethnic group and even the Fulanis in Nigeria are collectively satisfied with the present security situation in spite of the President Muhammadu Buhari being a Fulani man.

He said “I am, of course, discounting invidious and irredeemable Fulani fundamentalists and hegemonists. Federal security architecture, as organised and operated by the present government, cannot give any individual or group hope, let alone assurance of security within Nigeria,’’

“Not that I am afraid of revolution, no, not at all, but I love and cherish peace and, of course, not peace of the graveyard.  If I am concerned about security issues in Mali because of possibility of flow-over to other parts of West Africa, I should be more concerned about security in any part of Nigeria. I have not lived for the demise of Nigeria nor for its destruction or incapacitation in any form.  Rather, I have lived to make and see a great and united country.’’

“Now, no part of the country can claim to be safe from the menace and insecurity caused by terrorists, armed robbers, human traffickers, kidnappers of all sorts, cattle rustlers, insurgents, bandits and herders/farmers conflicts.

“We are all challenged to put our thinking caps on, join hands and seek solutions together, otherwise, we will be destroyed piecemeal.’’

Charles Igbinidu is a Public Relations practitioner in Lagos, Nigeria
@https://twitter.com/ionigeria
Previous Ajimobi to be buried on Sunday
Next Suspected herdsmen kidnap nine travelers in Ondo; demand N100 million ransom from their families