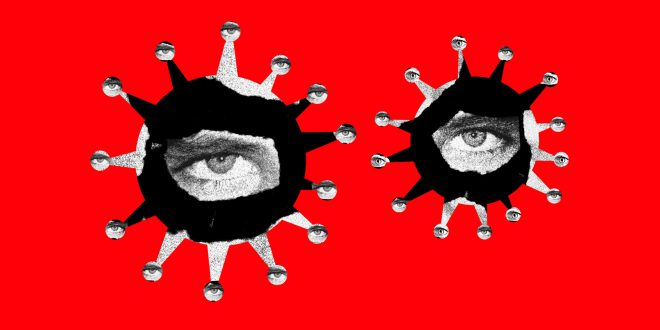 The documents reveal that China’s censorship on information about the outbreak began in early January, before coronavirus had even been decisively identified

China’s efforts to influence online opinion during the coronavirus pandemic has been brought to light through secret government directives and other documents that have been discovered and reviewed by The New York Times and ProPublica.

It is no secret that China rigidly controls internet content, however the discovered documents, which were shared with the Times and ProPublica by a hacker group known as CCP (Chinese Communist Party) Unmasked, reveal just how much back-stage effort is involved in maintaining government control on the internet. The Times and ProPublica verified the legitimacy of many of the documents, some of which had been acquired independently by China Digital Times, a website that follows Chinese internet controls.

The Times reported that the documents include more than 3,200 directives and 1,800 other files from the Cyberspace Administration of China (CAC), the country’s internet regulator, located in the eastern city of Hangzhou. Also included were files and code from Urun Big Data Services, a Chinese company that produces software uses by government to track online discussion and oversee troops of online commenters.

The documents reveal that China’s censorship on information about the outbreak began in early January, before coronavirus had even been decisively identified, according to The Times. A few weeks later, government authorities doubled down on anything that suggested that China responded to the virus poorly, including the February 7 death of Chinese doctor Li Wenliang, who originally alerted authorities about the new viral outbreak.

Before the doctor’s death, the CAC was able to keep negative information about the virus at bay through its many resources, such as bureaucracy, unique technology created by private contractors, persistent monitoring of online news outlets and social media platforms, paid internet trolls who were directed to flood social media with party-line malarkey, and organized security forces ready to silence illegitimate voices, The Times reported. Evidently, the Chinese government has lots of money to work with.

In order to control the coronavirus narrative, the CAC directed news websites to only use government material and to downplay virus parallels with China’s 2002 SARS outbreak, even though the World Health Organization (WHO) was taking note of the similarities; instead, they were directed to emphasize the work carried out by heroic medical workers in Wuhan, in addition to important contributions made by Communist Party members against the virus, according to the Times.

The Times also reported that the documents directed to avoid words such as “incurable”, “fatal”, and “lockdown” to “avoid causing societal panic”, and that “negative” news was not to be promoted. One directive said to avoid “giving the false impression that our fight against the epidemic relies on foreign donations,” and that news outlets should downplay reports on donations and purchases of medical supplies from abroad.

Instead of producing content that the government deemed to be anxiety inducing, the CAC told local branches to produce “fun at home” ideas in order to “ease the anxieties of web users,” according to the Times.

However, following Wenliang’s death, an outpouring of emotion took the CAC by storm, and the agency lost control of its meticulously crafted narrative for a brief moment. The agency’s efforts to direct news outlets in its reporting was leaked onto Weibo, a popular Twitter-like platform; in response, thousands of people overwhelmed Li’s Weibo account with comments, the Times reported.

The agency was left with no choice but to allow expressions of grief for the time being; however, days after the doctor’s death, large numbers of online memorials began to disappear, and police detained several people who formed groups to archive deleted posts, according to the Times. By the end of February, the outpouring of emotion that followed the doctor’s death began to fade, and the information turned placid once again.

The Times also reported that propaganda workers produced reports that ensured people saw nothing other than the calming message from the Communist Party: that the government had the virus completely under control. Researchers have estimated that hundreds of thousands of people in China work part-time to post comments and share content that reinforces the Party’s ideology – many of which are low-level employees at government departments and party organizations. According to the Times, universities have also recruited students and teachers to take on the job.

WeChat, China’s version of WhatsApp, also played a major role in censoring coronavirus information at the beginning of the pandemic. Wired reported that by March, WeChat blocked mentions of international groups, such as the WHO and the Red Cross, in addition to censoring references to outbreaks in other countries. Wired added that the majority of blocked words related to international relations were about the United States.

It remains unclear whether a free flow of information from China would have halted the outbreak from turning into today’s global pandemic.