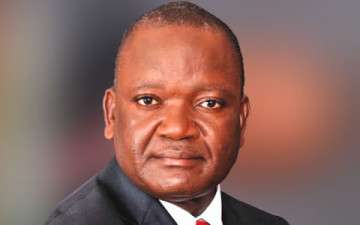 Governor Samuel Ortom of Benue State has declared that open grazing is now forbidden in the state following the passage of the law in May 2017.

In a broadcast made to the people of the state early Wednesday, the governor said, “Let me appeal to all citizens to be law abiding; no one should take law into his hands. We have put adequate machinery to enforce the law.”

Cattle within the market were restricted to the ranch, while some cows which showed signs of fatigue were down.

Speaking to our correspondent, the secretary, Cattle Dealers Association, Garuba Mohammad, described the situation as “hard time,” expressing fear that the new law would run them out of business.

He noted that their cattle, before Wednesday, used to graze within two kilometers to the abattoir; adding that they had been forced to restrict movement of their cows due to the presence of vigilante groups scattered around their routes.

“If you look round, you will see that some of the cows are lying down. It is because of lack of food and water. Vigilante groups have been stationed on all our routes, even to the stream down the fence. We cannot go there because we have been warned not to go beyond the fence of the abattoir.”

Mohammad said the 72 members of the association at north bank have over 3,000 cows and expressed fear that most of the cows might die in the next few days.

Chairman, Joint Task Force on the enforcement of the anti open grazing law, Col. Edward Jando (rtd.), said the vigilante group was only performing its duty.