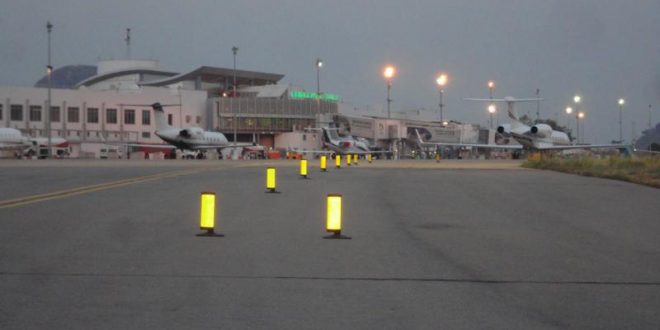 The Federal Government has approved the temporary closure of the Nnamdi Azikiwe International Airport, Abuja, with effect from the midnight of Tuesday March 7.

This is to enable the Federal Airports Authority of Nigeria (FAAN) to carry out a major rehabilitation of the runway at the airport.

The Managing Director of FAAN, Mr Saleh Dunoma, said in a statement on Thursday in Lagos that the closure would last for six weeks, after which the airport would be re-opened.

Dunoma said that due to the temporary closure, Kaduna International Airport would serve as the alternate from March 8, till the completion of the rehabilitation.

“Normal operations will re-commence at the Abuja Airport on April 19,” Dunoma said.

The FAAN chief said the authority had put in place necessary facilities that would ensure the safety and security of all airport users and seamless facilitation at the Kaduna International Airport.

He appealed to airline operators, passengers, airport users and other stakeholders to bear with the FAAN, saying that it would continue to upgrade facilities at the nation’s airports.

Dunoma said that this was in compliance with the Nigerian Civil Aviation Authority (NCAA) and International Civil Aviation Organisation (ICAO) Annexes, which bothers on security and safety at the airports.