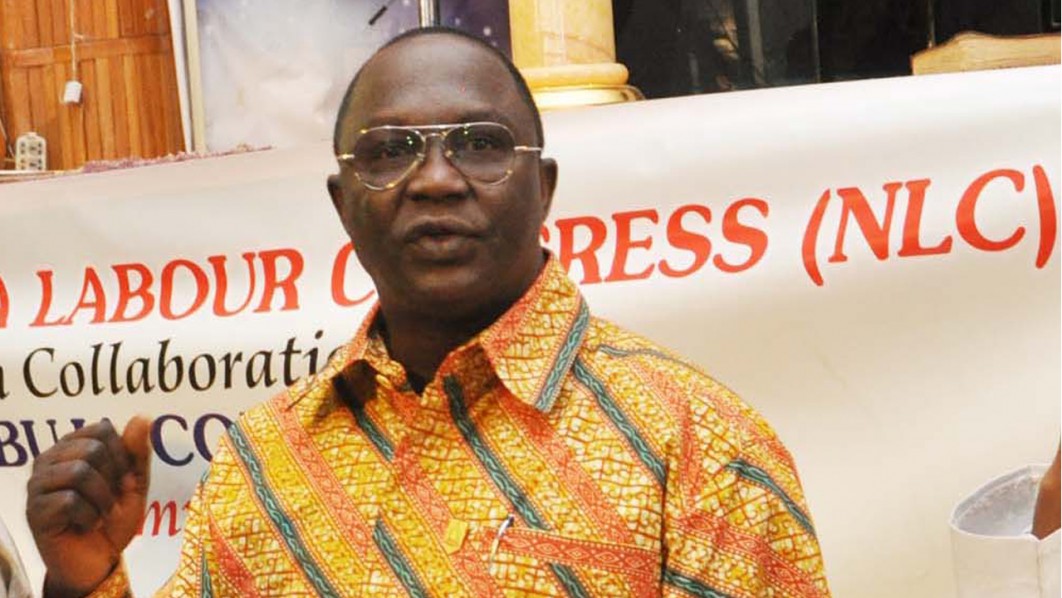 Mr Ayuba Wabba, President of the Nigeria Labour Congress (NLC) on Sunday in Abuja opposed the new directive by the Nigerian Customs Service, asking Nigerians to verify whether duties have been paid on their vehicles and pay if not already done.

Wabba, in a letter to the Comptroller General of Customs, Hameed Ali, said that the directive was unrealistic.

The directive, which was published by Mr Joseph Attah, acting Public Relations Officer on behalf of the Comptroller-General asked motor dealers and private owners of vehicles “whose customs duty has not been paid to do so” between Monday, March 13 and Wednesday, April 12.

“There will be an aggressive anti-smuggling operation to seize as well as prosecute owners of such smuggled vehicles after the deadline of Wednesday, April 12, 2017,” Attah said.

“We are opposed to this new policy because it will create unimaginable chaos and suffering for innocent end-users of vehicles.

“It is self-serving and will, in the end, enrich unscrupulous Customs personnel who contributed, in no small measure, to the present situation through act of commission or omission and will amount to rewarding their complicity.

“It is common knowledge that duties on imported vehicles are payable at the points of entry.

“Subjecting end-users of vehicles to this kind of trauma, most of whom have no hand in the importation of their vehicles, is unfair and unacceptable.

“There is no information on the vehicles to be excluded from this exercise.

“This presupposes that the owner of a Morris Minor or a Peugeot 404 brought into this country in the 70’s is similarly affected.’’

He said that vehicle owners were even directed to Customs offices in Lagos, Kaduna, Port Harcourt and Bauchi zones to certify if customs duty had been paid on their vehicles.

Wabba said a stage for all manner of endless verification and re-certification was being created in the country.

The NLC president said it was morally wrong to inflict on the citizenry this kind of discomfort.

He, therefore, advised the Nigeria Customs Service to shelve the plan.

“Lessons ought to have been learnt from the violent outcome of the brutal raids of Ota market, the ambushing and extorting of money from vehicle-owners on the high way at Yuletide.

“Porous borders, as customs claims, are no justification for these actions or proposed policy action.

“Accordingly, in place of this unpopular policy which has received condemnation from all sectors of the economy, the Nigeria Customs Service should devise a coherent response that will deal with these challenges.

“We believe such a response should focus on capacity building, modernising operations, using technology and eliminating massive corruption in the system.”

He said that officers and men should be inspired and incentivised in order for them to deliver on their mandate as well as meeting annual targets.

Wabba said that NLC was aware that one of the statutory functions of the Nigerian Customs Service was to collect tax on behalf of the government, often times in the form of duty on imports.

“As part of the civic and commercial responsibilities of both corporate and non-corporate citizenry, they are expected to pay appropriate duties on their vehicles as stipulated by law.

“Sadly, out of irresponsibility or sheer criminality, some devise ways to evade this responsibility; for instance, some take measures as desperate as `flying’ their vehicles into the country, thus denying government the needed revenue.

“The need to enforce tax laws in our country is all the more necessary because of social justice and dwindling revenue sources.

“Our support for the Nigeria Customs Service is not in doubt; if anything, the service should be encouraged to do its work well,” he said.

Wabba urged the Comptroller-general of Customs to have a rethink on the directive.