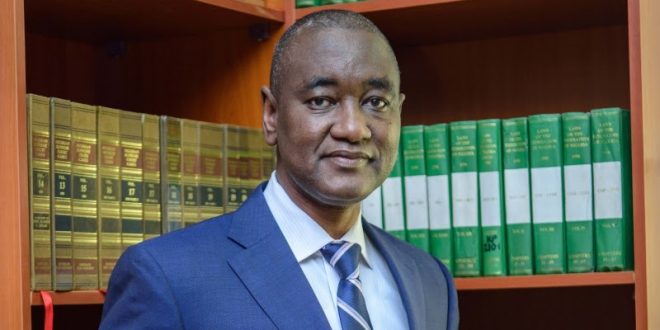 A B Mahmoud, NBA President

The National Judicial Council (NJC) on Thursday placed a bar on judges under investigation for various offences from sitting until the cases against them are concluded.

The decision, which goes against earlier position of the NJC  has been interpreted by some analysts as a capitulation to pressures from some Nigerians including the Nigerian Bar Association (NBA), who have been agitating for suspension of all the Judges recently accused of corruption by the Department of State Security (DSS).

The NJC said in a statement signed by its Acting Director, Information, Mr. Soji Oye, on Thursday, that it took the decision at its 79th meeting

The statement read: “The National Judicial Council under the Chairmanship of the Hon. Chief Justice of Nigeria, Hon. Justice Mahmud Mohammed, GCON, at its 79th Meeting held on the 2nd and 3rd day of November 2016, commenced implementation of specific aspects of the National Judicial Policy which came into force in April 2016 and was launched on Monday 24th October, 2016.

“During the Meeting, Council set-up a Transparency and Anti-Corruption Policy Implementation Committee as follows:

“Section 6 of the National Judicial Policy aims at putting in place multi-faceted strategies and guidelines that will ensure transparency and eliminate corruption in the Judiciary.

“It seeks, amongst other measures, to provide a platform and opportunity to citizens who profess factual and credible knowledge of information on the nature and modalities of corruption in the judicial system to ventilate such.

“Council also decided that Judicial Officers shall not be standing trial for alleged corruption related offences and be performing judicial functions at the same time.

“Council however decided that it will ensure that Judicial Officers who are being investigated for alleged high profile criminal offences do not perform judicial functions until their cases are concluded”.