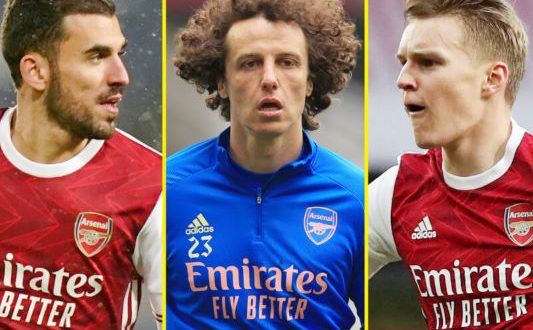 Arsenal have confirmed that NINE players will leave the club when their contracts expire later this month.

David Luiz and Martin Odegaard lead the names departing the Emirates as Mikel Arteta seeks an epic summer rebuild after missing out on European football.

There are exits in the youth set-up too, with Levi Laing, Joseph Olowu, Luke Plange, and Jason Sraha leaving.

But he could now form part of Carlo Ancelotti’s plans after the Italian sealed a sensational return to Spain this week.