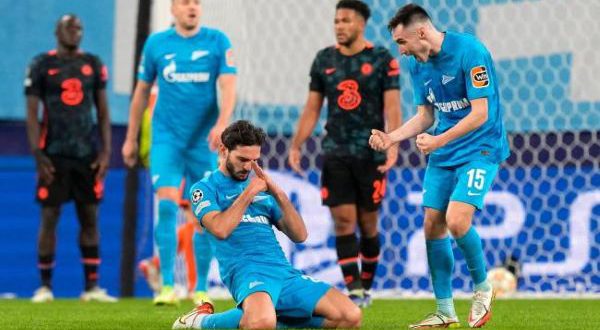 Chelsea thought they had done enough to win Group H but a screaming volley scored by Magomed Ozdoev in the fourth minute of stoppage time knocked them from top spot.

Thomas Tuchel’s team were already qualified for the last 16 before they travelled to Russia but they will progress as runners-up behind Juventus, and will be drawn against one of the group winners, after they were held to a draw by Zenit St Petersburg.

Timo Werner opened the scoring after only 83 seconds and thought he had the winner when he grabbed a second in the 85th minute to make it 3-2.

Werner also created Chelsea’s second for Romelu Lukaku but the European champions, depleted as Tuchel tried to preserve fresh legs for Saturday’s game at home against Leeds, could not cling on.

Tuchel made eight changes, including a return in goal for Kepa Arrizabalaga, a rare start for Ross Barkley, a Champions League debut for Malang Sarr and Saul Niguez deployed at left wing-back.

Saul has struggled with the intensity of Premier League football since his loan move from Atletico Madrid but made an instant impact, raiding forward to force a corner in the opening minutes. 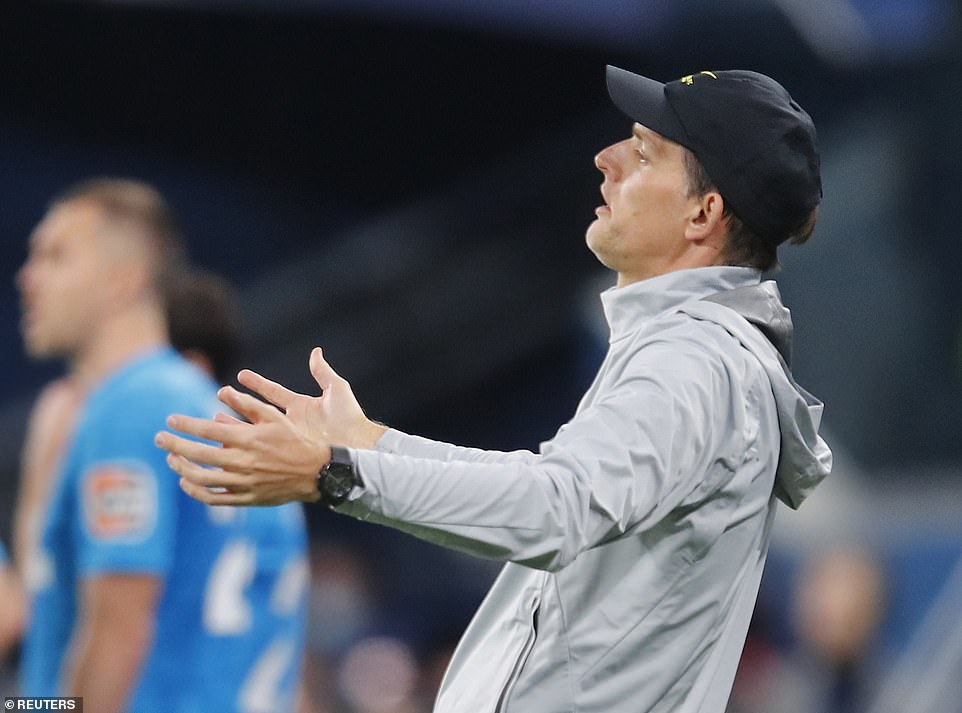 Barkley clipped the corner towards Andreas Christensen, who flicked it on at the near post and Werner arrived to tap the ball over the line.

It was Chelsea’s fastest ever Champions League goal and they might have added a second quickly had Vyacheslav Karavaev not been so alert to foil Werner.

Zenit’s first clear chance came on the break, midway through the first half, with Malcom released into space behind Saul and Sarr. Kepa came to the rescue, making an excellent save with his legs.

Sardar Azmoun headed one wide as the Russian champions grew in confidence and Chelsea lost control in the centre of the pitch, exposing their patched-up defence and conceding twice in three minutes before half time.

Claudinho equalised, a diving header as Sarr was slow to push out and played the Brazilian onside, and Zenit soon moved ahead. Barkley lost the ball in midfield and Azmoun gave Christensen the slip to collect a pass and skip around Kepa before finishing.

Tuchel’s side seemed briefly on the brink of collapse. Azmoun raced clear again and another fabulous save by Kepa, who threw up his left hand to deny the Iranian striker, gave the Londoners an opportunity to regain composure during the interval.

Chelsea recovered a little of their attacking impetus after the restart and Zenit lost influential midfielder Wendel to injury before Lukaku levelled, adding the final touch to a slick move. 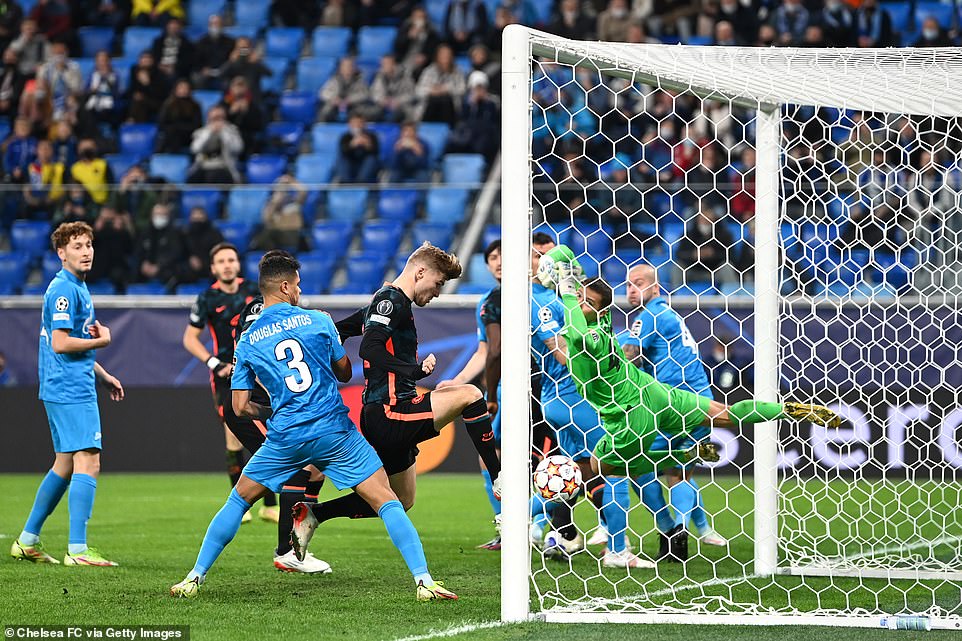 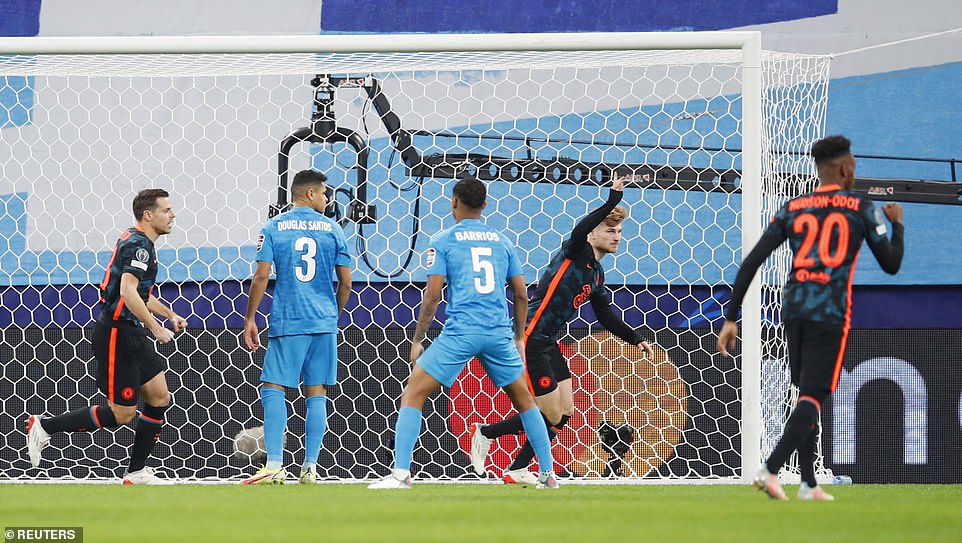 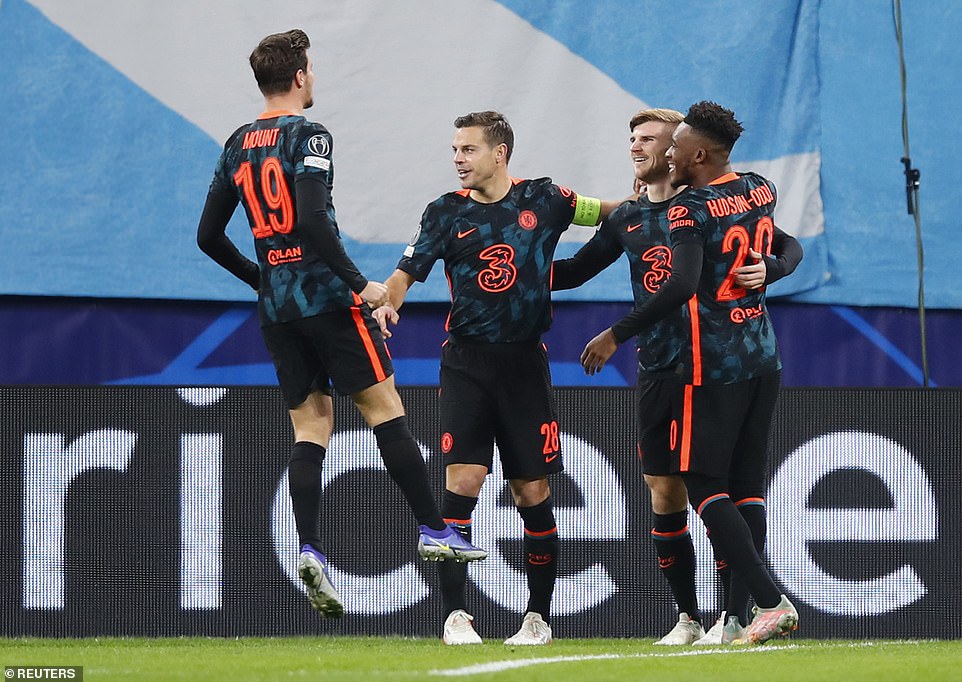 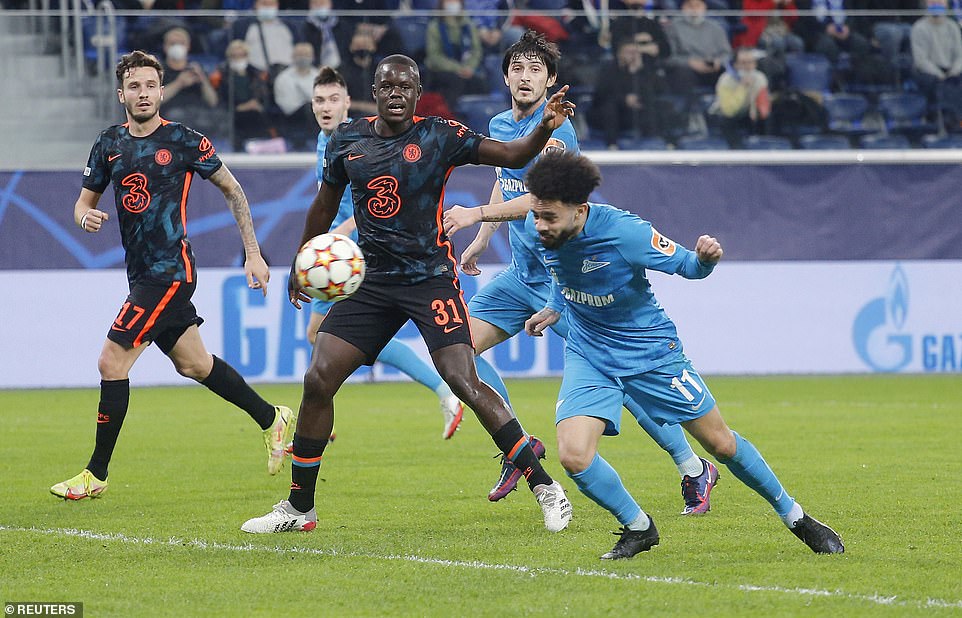 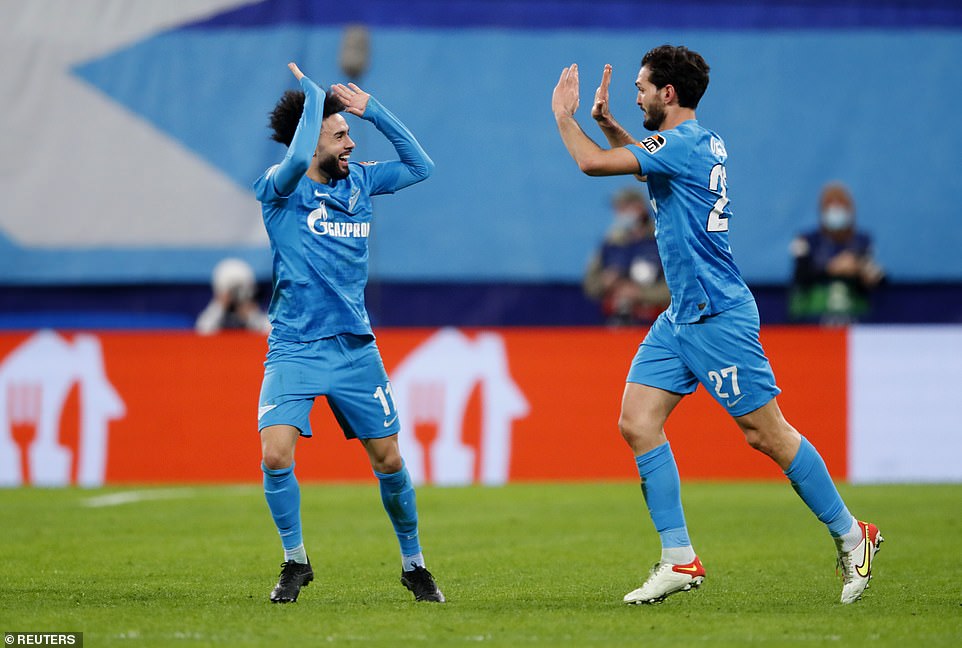 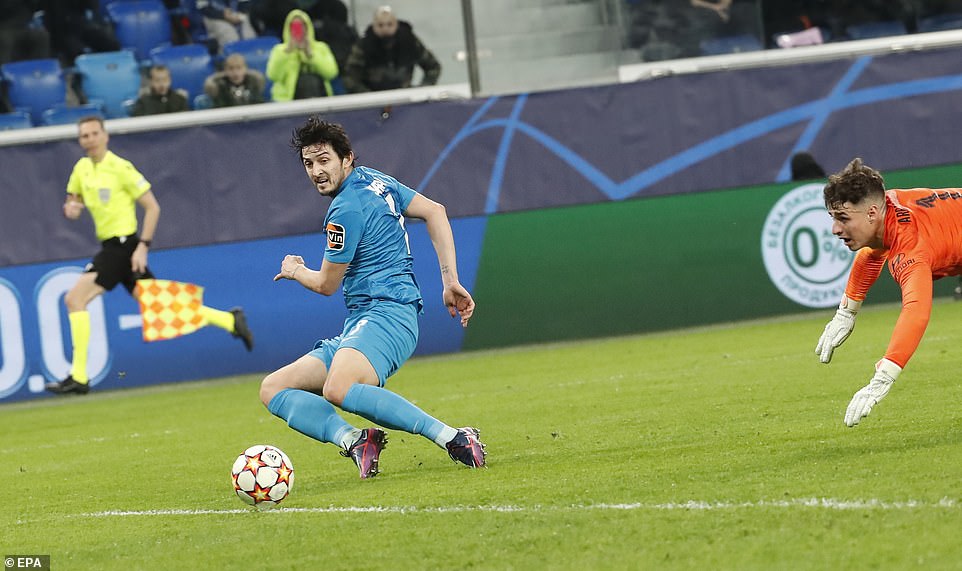 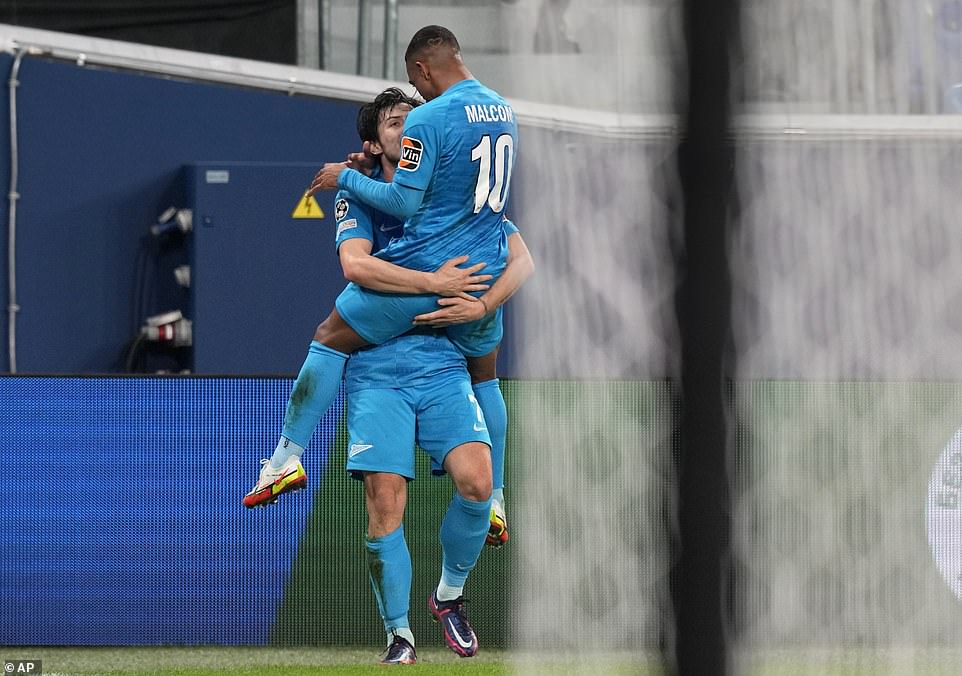 Werner traded passes with Barkley, darted into the penalty area and cut a pass square to his strike-partner who celebrated his first Chelsea goal since the one he scored against the same opponents in mid-September.

Tuchel made changes and yet Zenit were next to threaten next and Kepa made another fine save to frustrate Azmoun.

Chelsea thought they had done enough when Werner scored but Ozdoev’s ferocious volley claimed a point for Zenit and preserved a proud record of never losing to an English team on Russian soil. 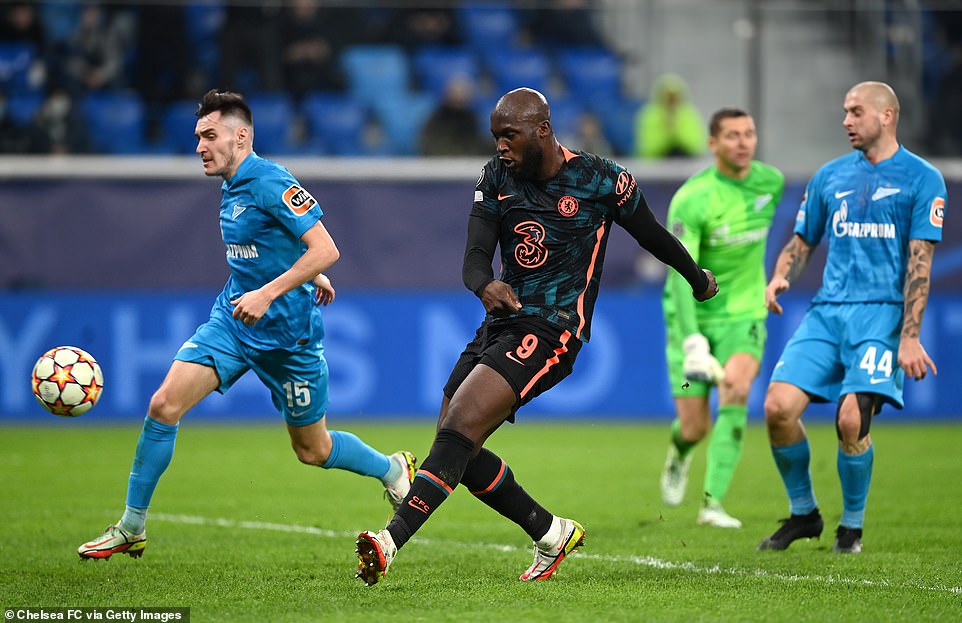 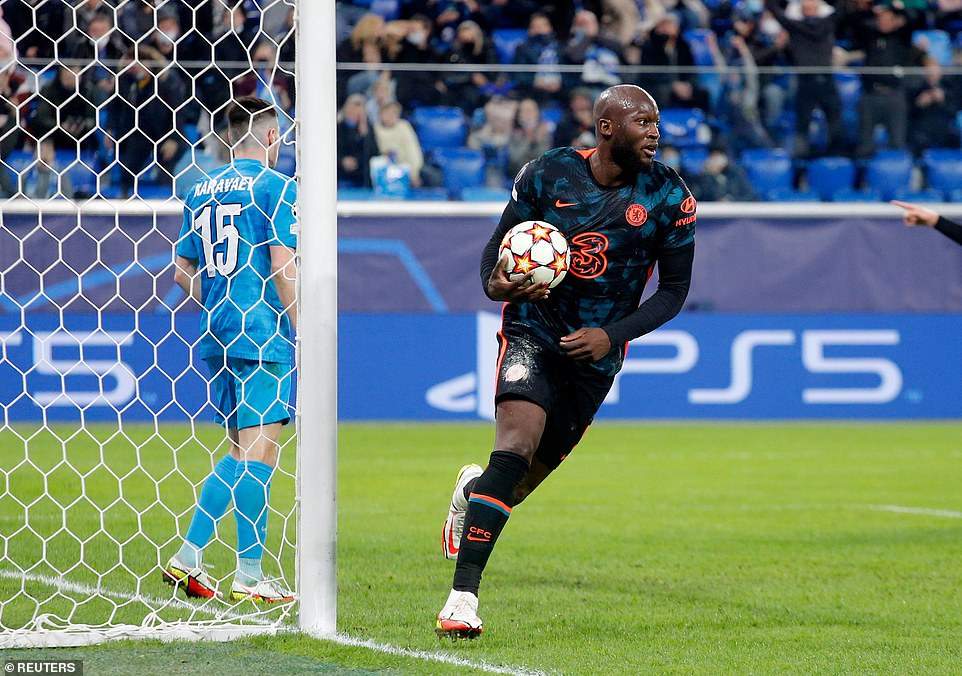 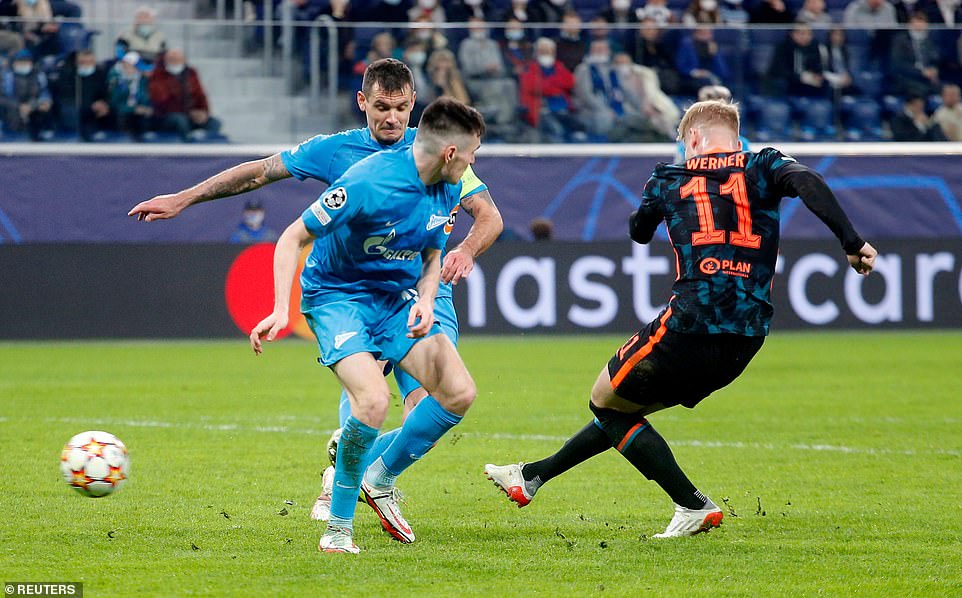