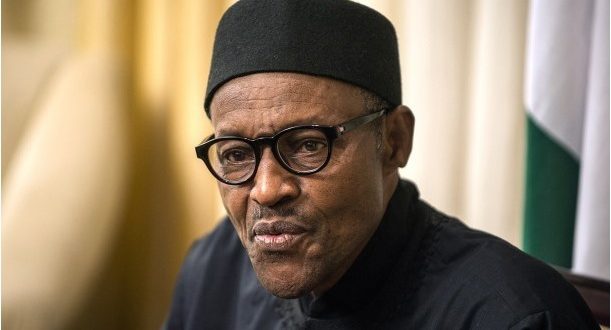 The federal government has welcomed exit of Nigeria from recession, but with caution and optimism.

It said it would continue to drive economic growth by vigorously implementing the Economic Recovery & Growth Plan (ERGP) launched earlier this year by President Muhammadu Buhari.

A statement by Mr. Laolu Akande, Senior Special Assistant to the President on Media & Publicity, Office of the Vice President, said National Bureau of Statistics broke the news.

He said: “The overall economic plan and direction of the administration has resulted, among others, in sustained restoration of oil production levels.’’

The sustenance, he explained, was made possible because of the enhanced security and stability in the Niger Delta.

He backed up his statement with that also released by the Economic Adviser to the President, Dr. Adeyemi Dipeolu, on the analysis carried out on 2nd quarter 2017 economic performance of National Bureau of Statistics (NBS).

“This in effect means that the Nigerian economy has exited recession after five successive quarters of contraction,’’ Dipeolu said.

This positive growth was attributable to both the oil and non-oil sectors of the economy, he said.

“This improvement is partly due to the fact that oil prices which have improved slightly from the lows of last year have been relatively steady as well as the fact that production levels were being restored.’’

“This increase which was not quite as strong as it was in Q2 2016 reflects continuing fragility of economic conditions.

“However, given that nearly 60% of the non-oil sectors contribution to GDP is influenced by the oil sector, growth in the oil sector will help boost the rest of the economy.

“The positive growth seen in agriculture when the rest of the economy was contracting was maintained at 3.01% which is encouraging especially if seasonal factors are taken into account.’’

Manufacturing growth, he said, was also positive at 0.64% and although lower than the previous quarter’s growth of 1.36%, it was an a noticeable improvement over the -3.36% experienced in Q2 2016 and a continuation of the turnaround of the sector.

Solid minerals which remained a priority of the Administration also continued to grow and in Q2 2016 by 2.24%.

“This positive development was somewhat overshadowed by the continued decline in the services sector which accounts for 53.7% of GDP. Nevertheless, electricity and gas as well as financial institutions grew by 35.5% and 11.78% respectively in Q2 2017.

“In the same vein capital importation grew by 95% year-on-year driven by portfolio and other investments but also notably by foreign direct investment which increased by almost 30% over the previous quarter.

“Foreign trade has also contributed to improving economic conditions with exports amounting to N3.1 trillion in Q2 2017 while imports which increased by 13.5% amounted to N2.5 trillion in the same period. The overall trade balance thus remained positive at N0.60 trillion.’’

The analysis shows that unemployment remained relatively high but job creation was expected to improve as businesses and employers increasingly respond more positively to the significantly improving business environment and favourable economic outlook.

“Besides, as key sectoral reforms in both oil and non-oil sectors gain traction, the successful implementation of ERGP initiatives such as N-Power and the social housing scheme will boost job creation.

“Food inflation also bears watching as it has remained quite high and volatile due mostly to high transport costs and seasonal factors such as the planting season.

“Investments in road and rail infrastructures, increased supply and availability of fertilizers and improvements in the business environment should contribute to the easing of food prices.’’

Dipeolu said that the end of the recession was welcomed but economic growth remained fragile and vulnerable to exogenous shocks or policy slippages.

Previous Photos: Ugandan Pastor,Sits On White And Gold Throne As Worshippers Kiss His Shoes
Next 55 Husbands Narrate How Their Wives Beat Them To The Lagos State Government