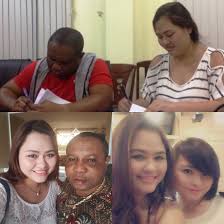 In the afternoon of December 14, the Can Tho city court sentenced 45-year-old Micheal Ikechukwu Leonard to 18 years in prison for Internet fraud.

His accomplice, Huynh Ha Uyen got 10 years in prison and another one, Nguyen Tran Quynh Nhi, got 12 years. Micheal is the leader of the group.

He was convicted on Thursday of “deceiving others to steal their assets” in a scam which targeted wealthy Vietnamese women, through social media.

Leonard gained his victims’ trust on messaging apps using various alter egos, including a US army officer. The convict was said to have promised to send his victims valuable presents, including laptops and jewellery from the US.

Accomplices, Huynh Ha Binh, Huynh Ha Uyen and Nguyen Tran Quynh Nhi, would then contact the women claiming to be customs agents and demand fees or fines for the non-existent shipments. They successfully conned a woman out of $28,500 dollars, before their arrest