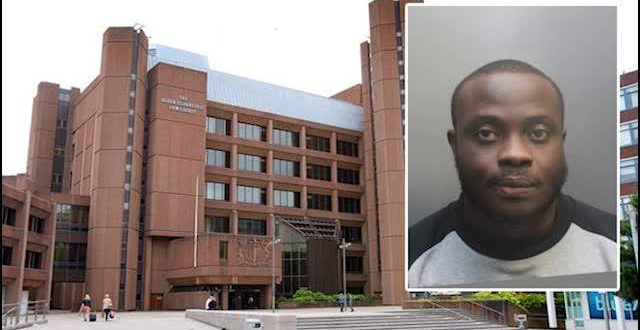 A 36-year-old Nigerian predatory rapist, Oluyesi Oni, housing association worker, targeted a teacher on a night out in Liverpool leaving her pregnant and infected with chlamydi.

Oni took the 23-year-old back to his bedsit in Kensington and twice raped her. The following morning the convicted kerb crawler dropped her off at a nearby McDonald’s restaurant in a “state of shock”.

The victim went to police before learning she had an STI and was pregnant. She later had an abortion. Oni argued they had consensual sex but was found guilty after a trial of two counts of rape by a 10-2 majority.

David Polglase, prosecuting, told the jury the woman went on a night out with two friends last year but they became separated in Concert Square. Oni had driven into the city centre alone in his silver BMW.

CCTV cameras showed him meeting the drunk woman in Newington, off Bold Street, and picked up the registration of his car. After waking up without any clothes on and being dropped off, the victim rang her mum and a friend, telling them she remembered saying ‘no’.

Oni has a previous conviction for soliciting prostitutes in 2007 and was jailed for nine months in 2013 for conspiracy to commit fraud. The judge said he was satisfied Oni knew the woman was “incapable of consenting to sex” because she was drunk and made an order confiscating his BMW.

He said: “Not only was she incapable of consent, but she would never have consented to sex in those circumstances, with a man whom she did not know and whom she had just met.

You were out in the centre of Liverpool alone in the early hours of the morning as the clubs and bars were emptying and there were people affected by drink and/or drugs on the streets.

Your purpose was clear to me – you were looking for a suitable target. You found one in this victim who was acutely vulnerable.”

The judge jailed Oni for 14 years and told him to sign on the Sex Offenders Register for life. He said: “You are a clever and cunning man who is forensically astute.”