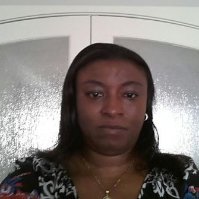 A 50-year-old Job Centre worker Afolake Adeniji, who allegedly tricked a Nigerian teen into flying to the U.K to be her family’s slave under the pretence of a better life, has claimed she was “part of the family.”

Adeniji arranged for Iyabo Prosper to relocate to London from her home in Nigeria back in 2003, when she was just 13, Southwark Crown Court heard, London Mail reported.

Promised a better life and free education, she agreed, but the teenager was forced to wake up at 5.30am each morning to take care of Adeniji’s children, spending the rest of her day completing menial household chores, and only eating once the rest of the family had been served, jurors heard last week.

When pressed by prosecutors yesterday about what went on inside her home, Adeniji denied all of the allegations put to her, claiming Ms Prosper, now 27, was “making up stories.”

“She was completely submissive to the defendant and her family and any confidence she had was lost and ebbed away,” said Ms Prosper’s lawyer, Irshad Sheikh.

“Effectively that was what she was living the life of domestic servitude. It soon became apparent that Iyabo had become miserable, had become extremely depressed, was having negative thoughts and suicidal ideas.”

Adeniji denies arranging or facilitating the travel of a person to the UK for exploitation and inflicting GBH, “namely post-traumatic stress disorder” upon Iyabo.

Following her arrest in October 2014, Adeniji blasted the accusations as “untrue”, instead claiming that Ms Prosper was “part of a loving family” and “given financial and emotional support.”

She added: “I didn’t need anybody to help me do chores and look after the children. All I did was just to help Iyabo.” The trial continues.

Previous 18-Yr-Old Talented Nigerian Footballer Dies From Mystery Bug That Began With Earache .
Next FG Must Take Over Empty Houses In Abuja And Sell Them – Obono-obla