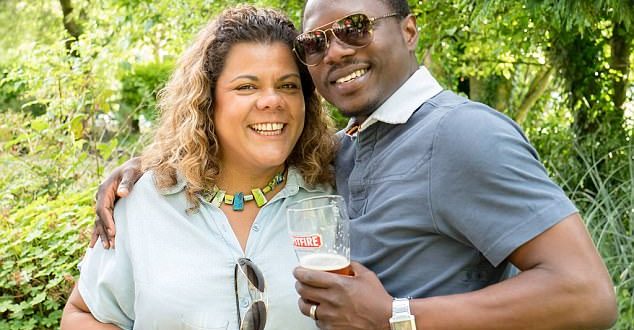 A baby girl is facing life without her mother who tragically died when she was six-and-a-half months’ pregnant – without ever seeing her daughter’s face.

Emma Olubayo, 41, collapsed at her home in Leicester in late November 2017 due to an undetected heart defect – just eight months after marrying her husband Emmanuel. 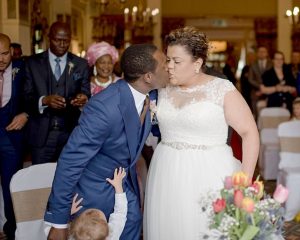 The couple, who met when Emma was 40, were desperate to become parents and were delighted when Emma fell pregnant naturally right after their wedding.

unfortunately on the 26th  of November 2017, Emma suddenly passed away. She was so very loved as a wife, daughter, sister, auntie, friend and colleague. There aren’t enough words to express just how many people’s lives she touched with her laughter, honest words and kind heart.

Paramedics attempted to resuscitate Emma for an hour after she collapsed, before deciding to perform a rare posthumous delivery by carrying out an emergency Caesarean on the living floor. 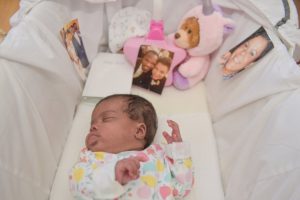 Emma’s daughter Aretha was born 10 weeks before her due date, after her mother’s heart had stopped.

‘There are no words,’ Emmanuel, 34, told Femail. ‘It was pure shock. What should have been a normal Sunday or even a joyous time at the birth of our child turned into a living nightmare.

‘The paramedics tried to resuscitate her for about an hour and they told me they were going to try once more which they did, but couldn’t feel any pulse.

‘At that point the paramedics decided to perform a Caesarean. I truly believe that Emma battled on in herself to ensure Aretha was saved, but they could do nothing for her. 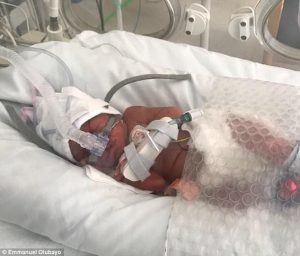 Emma was a highly regarded nurse at University Hospitals of Leicester and was the driving force behind the Critical Care Outreach and Sepsis Teams.

A website, www.justgiving.com is raising fund for Emma’s husband, Emmanuel and her baby Aretha and so far, £16,095 has been donated.

“This is our chance to give something back in the name of a lady who gave everyone else so much of herself. Let us try and raise some money for Emmanuel and baby Aretha……a nest egg, a first car, a university fund or nursery furniture. Anything I’m certain will be greatly received” they wrote.