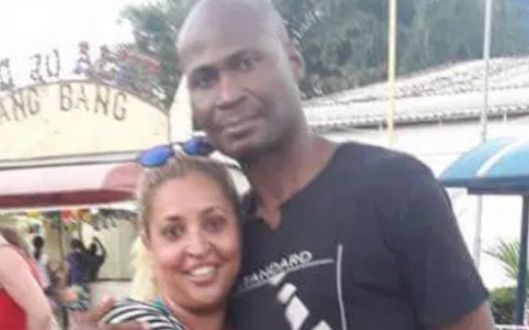 A Nigerian man has been alleged to have killed a fellow compatriot beyond the shores of the country after a disagreement.

It was gathered the deceased Nigerian man identified  Elochukwu (48), a native of Enugu State was involved in a heated argument with another Nigerian man known as Chike, in Sao Paulo, Brazil.

According to reports, the alleged killer, Chike had refused to comply with the terms of payment agreed upon whenever they make money from a business.

During the argument, Elochukwu pounced on Chike and promised not to let him go until he is paid, but Chike went straight into the nearest shop, grabbed a knife, and dashed back to stab Elochukwu to death.

According to reports, the knife pierced through one side of the victim’s neck to the other.

Elochukwu bled to death, even though he was immediately rushed to the hospital where he died.

This incident occurred at the popular Galeria do Rock, a popular mall in Sao Paulo, where most Nigerians are having their business offices, shops and restaurants.

The representative of the Nigerian community in Sao Paulo, one Mr Nicolas, said that Elochukwu was married with four children.