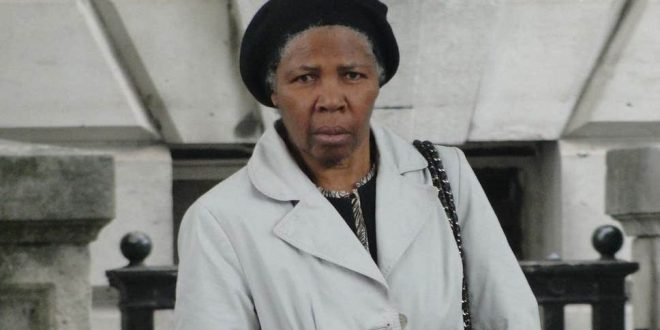 A 70-year-old Nigerian pharmacist and a devout Christian who posed as the mother of her 11-month-old grandson so he could be circumcised without his parents’ consent has been sentenced to fourteen months imprisonment, suspended for eighteen months.

Martina Obi-Uzom was entrusted to look after the child while his parents were away over the weekend of September 2 to 3, 2017.

She used the opportunity to travel to London and employ the skills of a Jewish mohel – a Jew trained in the practice of circumcision – to get the child circumcised, determined he conform to her Nigerian Christian beliefs.

Obi-Uzom was accompanied by a male friend and filled in a consent form, duping the mohel into believing they were the boy’s parents.

The boy’s mother was furious when she found out and reported Obi-Uzom to the police, Inner London crown court heard.

Obi-Uzom, who runs a pharmacy in Clacton-on-Sea, was acquitted at trial of wounding with intent to cause grievous bodily harm but was convicted by a jury of unlawful wounding.

She was sentenced to fourteen months imprisonment, suspended for eighteen months at Inner London Crown Court. She was also ordered to pay £1500 costs and a £140 victim surcharge.

The court heard she recruited a male to pose as the child’s father and travelled to Golders Green, north-west London, while the child’s parents were away.

When she arrived she signed the parental consent form, which was accepted on face value by the mohel.

Judge Freya Newbery told her: ‘You have a Christian belief in circumcision that has great cultural and religious significance to you.

‘You wanted the boy circumcised and the mother of the boy did not agree with you.

‘She and the boy’s father went away for the weekend and they left you both of their children to look after and you booked the Jewish mohel to perform the circumcision.

‘You went with a male friend and pretended to be the parents of this boy and the mohel took on face value the parental consent form.

‘The circumcision was a significant physical step with irreversible consequences.’

The judge added that ‘there was no parental consent’ however, and ‘that is what is missing here.

He said: ‘You imposed your will, ignoring the mother’s objections to the circumcision and as the boy’s father describes it was a massive violation.

‘Circumcision can only be lawful with the consent of parents.

There is high culpability here, plus the vulnerability of the boy and this was planned and carefully organised.

‘You acted quickly to bring into effect your will, using the deceit that I have found you have.

‘It was an arrogant, imperious decision for what you wanted in place of the mother. It was a serious breach of trust.

‘The probation officer you spoke to found the offence was controlling and manipulative on your part.’

Judge Newbery said the offence merited a prison sentence, but there were circumstances that allowed her to suspend it.

‘I accept your intention in your mind wasn’t to harm the boy and you are a woman of impeccable character,‘ he said.

‘You have worked in the community promoting the needs of less fortunate children. You are a professional person, a pharmacist, highly qualified and devoted to your family.

‘Both of the parents gave evidence and there has been a deep impact on you because of these criminal proceedings, but you brought it on yourself.

‘As a pharmacist I recognise your profession is under jeopardy as is potentially your ability to travel to family in America with this conviction.’