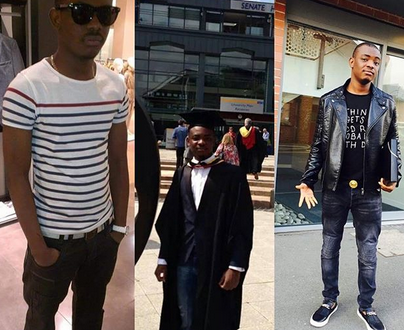 A Nigerian man, Adeyemi Odufuye, 31, has pleaded guilty to charges issued in connection with scamming a Torrington company out of more than $500,000, according to the office of the U.S. Attorney for the District of Connecticut.


Adeyemi Odufuye, 31, and others involved in the fraudulent activity sent dozens of emails to the comptroller of a Torrington company in late 2015, prompting them to transfer more than $500,000 from company accounts.

Odufuye, “also known as ‘Micky,’ ‘Micky Bricks,’ ‘Yemi,’ ‘GMB,’ ‘Bawz,’ and ‘Jefe,’” was extradited from the United Kingdom, where he was studying at Sheffield Hallam University, and was arrested.

In the e-mails, (Odufuye) posed (as) the real CEO of the victim company and instructed the controller to send multiple wire transfers exceeding a total of $1 million from the company’s accounts to various individuals and purported entities.

The company then sent five wire transfers totaling more than $500,000 to accounts in Virginia, Florida, Washington, D.C., and Hong Kong.”

To date, the FBI has identified 36 wire confirmations in e-mail accounts utilized by (Odufuye) and others from September 2015 to May 2016, totaling more than $1.6 million.

This does not include the funds drawn from the Torrington company. He pleaded guilty to charges of wire fraud, which carries a maximum sentence of 20 years in prison, and aggravated identity theft.

The latter charge requires a two-year mandatory minimum sentence, the U.S. attorney’s office said. Odufuye is scheduled to appear in U.S. District Court in New Haven for sentencing on March 28.