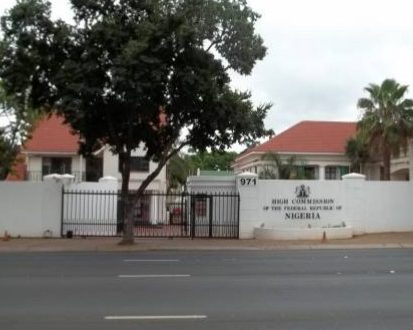 Nigerians in South Africa who are victims of the renewed xenophobic attack have accused the Nigerian Embassy of shutting its gates on them when they went there for help and protection.

According to Nigerians in South Africa, some victims of the attack who visited the Nigerian Embassy were denied entry into the property. As a result, Nigerians had to remain in their homes, afraid for their lives and unsure if they would be the next victims as there have been threats of more attacks.

According to reports, children and adults have died in the attack which saw indigenes burn properties, homes, and businesses belonging to Nigerians and other African Nationals. Nigerian children are also unable to go to the school due to the attack.

Attack on Nigerians living in South Africa by South Africans has been going on for a while. The recent attack began on August 28, 2019, after a South African was killed by an unknown man.

Below are tweets calling out the Nigeran Embassy is South Africa for shutting its citizens out. 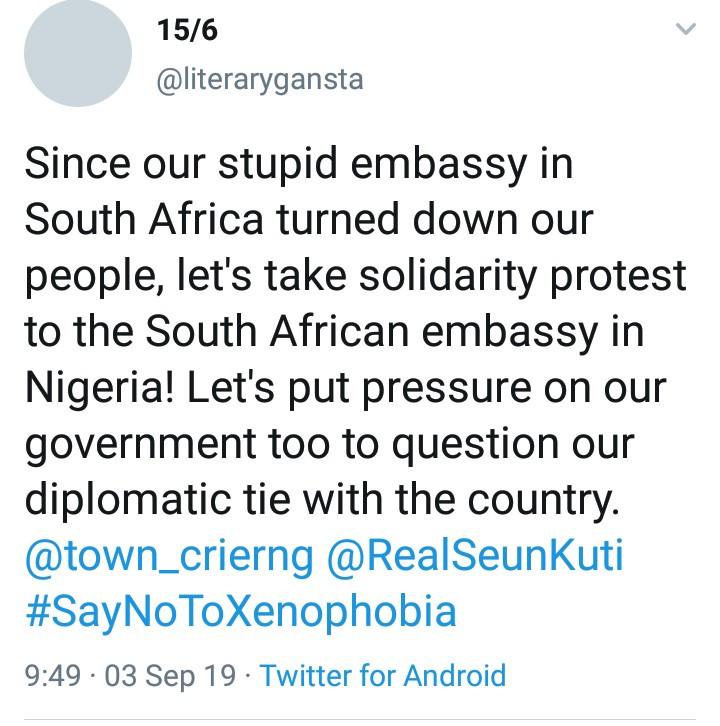 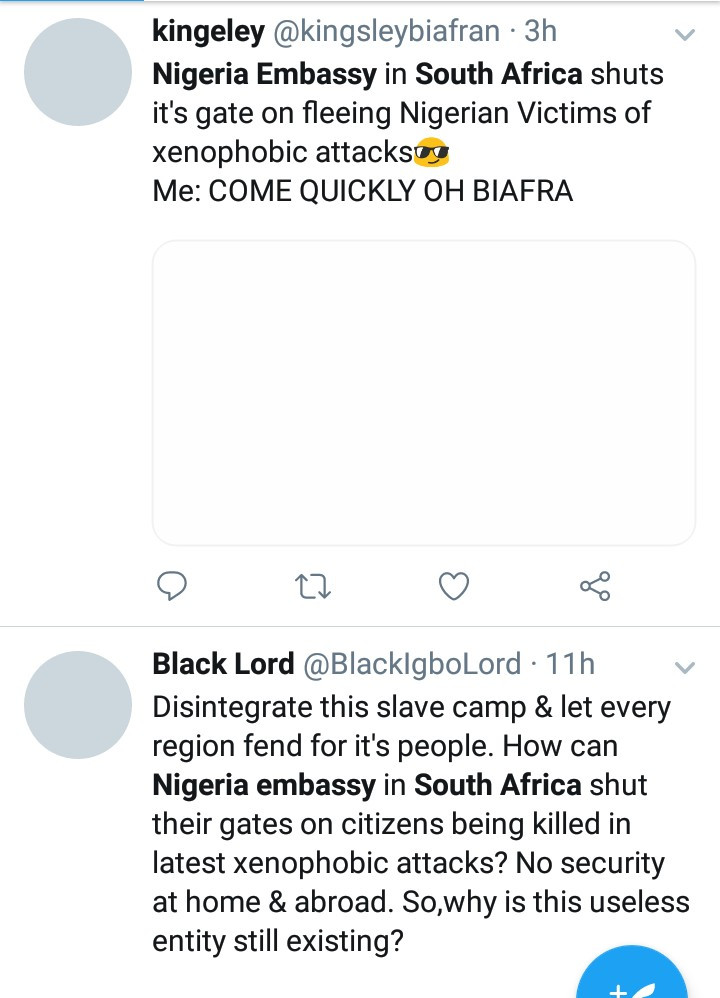