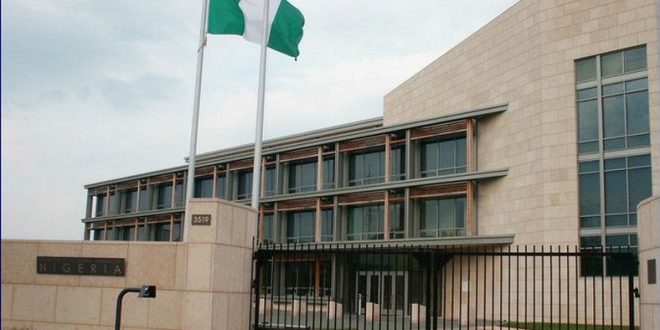 The Federal Government says the Nigeria’s Embassy in Kinshasa, Democratic Republic of Congo, has not been closed by the host country.

Mr Ferdinard Nwonye, the Spokesperson for the Ministry of Foreign Affairs, made this known in an interview in Abuja on Friday.

“The Nigerian Embassy in Democratic Republic of Congo was not shut down. There was a dispute on one of the properties of the mission where officials were residing.

“When we reported the matter to the Congolese government, the country authorities intervened immediately, and the property was handed back to the Nigerian mission.

“The mission bought the property but is still in the process of updating the documents, which are still under Zaire, former name of the country.

“The Head of Mission has written to the Permanent Secretary and we are on top of the situation. I can also confirm that activities were not disrupted in our embassy in Congo.”

It would be recalled on Thursday, a video went viral on social media platforms, showing the Nigerian Embassy building in Congo under lock and key by the Congolese government.

In the video, properties belonging to the embassy were allegedly thrown out of the building causing serious damage. (NAN)

Charles Igbinidu is a Public Relations practitioner in Lagos, Nigeria
@https://twitter.com/ionigeria
Previous Farting politician shut down parliament in Kenya as members blamed each other for the offending smell
Next Pogba refuse to rule out move  after Manchester United’s win against Chelsea