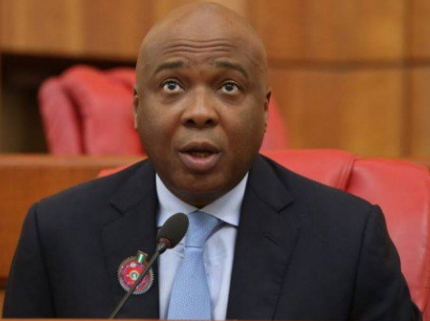 The Senate, yesterday, raised the alarm that the nation’s diplomatic missions were facing challenges of inability to pay home-based officers allowances, local staff salaries, rent for residences, chanceries and other staff official quarters.

According to the Senate, with these myriad of issues and financial woes, the collective and corporate image of Nigeria is suffering at the moment, thereby resulting in the loss of prestige and influence in the comity of nations.

It, however, vowed to come up with ways to fix what it described as total mess and embarrassment to the country.

The resolution of the Senate was sequel to a motion by Tijjani Yahaya Kaura (APC, Zamfara North), entitled: “The urgent need for the Federal Government of Nigeria to fund our Foreign Missions.”

The senators, who painted a gloomy picture of Nigerian diplomatic missions, said there was also paucity of funds for other sundry expenses, adding that there were threats by host countries to revoke building permits of some property belonging to Nigerian missions.

The threat of revocation of the permits was said to have been informed by the buildings’ poor structural conditions, which constituted hazard to the communities they were located.

Presenting the motion, Kaura said: “The Senate notes that Nigerian diplomatic missions are facing several challenges, including their inability to pay home-based officers allowances, local staff salaries, rent for residences, chanceries and other staff official quarters, in addition to the dire lack of funds for other sundry expenses such as visits to Nigerians in jail and provision for other consular services.

“It regrets that there are threats by host countries to revoke building permits of some property abroad belonging to Nigerian missions, following their poor structural conditions, which constitute hazard to the communities where such buildings are situated, and lack of routine maintenance that will bring such structures in line with the building codes of host countries.”

“It further regrets that the Ministry’s budget envelope is grossly inadequate to meet its expenditure requirements, even at headquarters and with this situational analysis, the ministry’s approved 2017 budget would hardly provide the needed impetus required to achieve Nigeria’s foreign policy goal and objectives in pursuance of our national interest;

“Consequent upon these myriad of issues and financial woes, the collective and corporate image of Nigeria suffers, resulting in the loss of prestige and influence in the comity of nations.

“The Senate is worried that some of these problems arise as a result of over staffing in our foreign missions; following our flagrant refusal to comply with the provisions of the presidential ceiling of the staff strength of individual missions based on the Ministry’s grading.”

At the end of deliberations, the only recommendation that the Minister of Foreign Affairs, Mr Geoffrey Onyema, Minister of Finance Mrs Kemi Adeosun and the Governor of the Central Bank of Nigeria (CBN), Mr Godwin Emefiele be summoned to brief the Senate on the poor condition of foreign missions, was thrown out.

Instead, the senators resolved to set up an adhoc committee to engage the Ministers of Foreign Affairs, ambassadors, high commissioners, Charge d’ Affairs, other stakeholders and come up with possible ways of addressing the problem raised in the motion.

Senate President, Bukola Saraki, has not announced the composition of the committee.