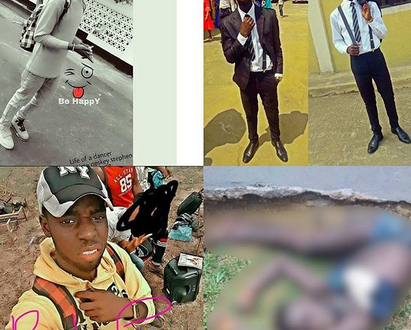 Missing dancer and 300 Level Geography student of the University of Port Harcourt, Rivers State, has been found dead inside the compound of a noodles company where he worked.
Godtime Neskey Stephen, who worked at the Laundry Department of Indomie Company, Choba Road, Port Harcourt, was said to have stepped out on Saturday, to celebrate his birthday with friends, and subsequently went missing.

According to one of his friends, Stephen’s body was later found and when his phone was checked, it had already been reset to factory setting and all his Whatsapp chats, call history, had been wiped out. The police are now investigating the matter.