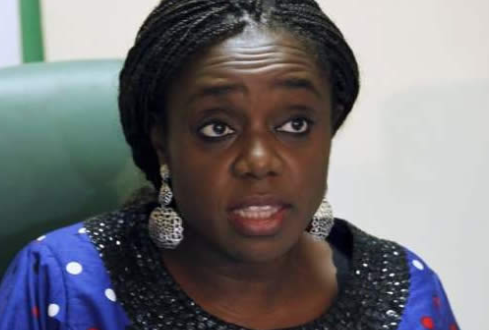 ‘Nigeria Is Not An Oil Economy’ – Kemi Adeosun

Kemi Adeosun, the Minister of Finance recently set the records straight as regards Nigeria’s status as an oil producing economy.

In an article titled: ‘All Change, Nigeria Is Not An Oil Economy”, Adeosun said the country does not fit into such description and it would be wrong to categorise it as an oil economy along with countries like Saudi Arabia, Kuwait and Qatar, with very high daily oil productions and low population.

The minister, however, assured Nigerians that the Federal Government was determined to correct the identity crisis by increasing tax revenue.  On tax defaulters, she decried the rate at which companies evade tax and informed that government has identified over 800,000 defaulters, including some of its contractors.  Although she did not provide the identities of the offending companies, she said government was carrying out an audit of the defaulting companies.