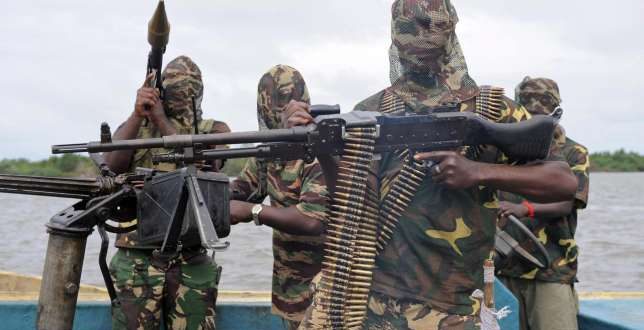 The militants, through their spokesman, Ogoun Tensighan also said “The silence of the group should not be taken for granted as we are determined to make the region uninhabitable for the oil company to operate.

“We have watched with patience the impudence of some individuals from Egbemagalabri community to undermine the people of Amabulou Federated Communities.

“Job slots and benefits for the people of Amabulou are being diverted by these individuals while the original owners of the land where the oil is being explored are suffering.

“It is based on this that we are issuing this two weeks ultimatum. This is not a threat, we have already alerted SPDC and the security operatives in the Niger Delta region of our intentions and no measure of security measure would undermine our attack if SPDC fails to see reason.”

The Niger Delta Development Commission (NDDC) chairman sen. Victor Ndoma- Egba (SAN) recently begged militants in the Niger-Delta not to renew hostilities and bombings of oil installations in the region.

A group of militants had earlier threatened to resume bombing of pipelines by September 10, 2017.