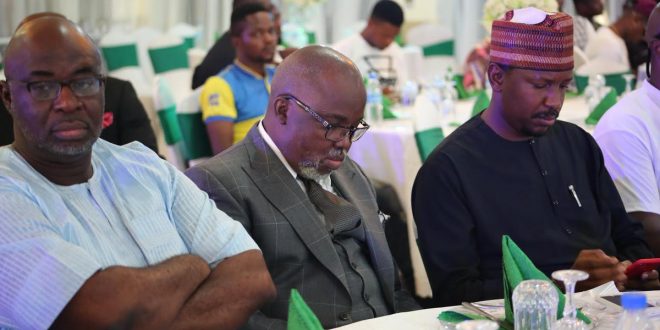 *1945# is the code that will offer One hundred (100) lucky Super Eagles’ fans with the opportunity of traveling to Russia world cup 2018 to support the national team, courtesy of the Nigeria Football Federation (NFF) in collaboration with Secured Trusted Alliance Services (STAC).

This was made known during a press briefing by the NFF on Monday, November 27, 2017.

According to the Managing Director of STAC, the code (*1945#) which will be operational in December, immediately after the world cup draws, will offer news, prediction and fixtures of the Super Eagles to users, while mouth watering gift items will be won in addition to 100 lucky fans who will travel to Russia in an all expense paid trip to support the Eagles.

According to him, 25 winners will be picked every month between the months of January and May 2018. 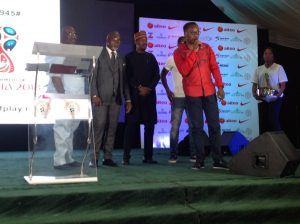 Vice President of the NFF and Chairman of the League Management Company (LMC), Shehu Dikko while addressing guests at the event also introduced another programme of the NFF called “The Official Supporter of the Super Eagles” which will give corporate bodies the opportunity of being a part of the Super Eagles’ World Cup dream.

“We have launched a new programme called The Official Supporter of the Super Eagles 2018, world cup. It’s a new concept and strategy. The idea is to open up the participation of the Super Eagles at the World Cup and to enable corporate organizations and high network individuals to come in and support the Super Eagles to achieve their objectives of bringing glory to Nigeria. 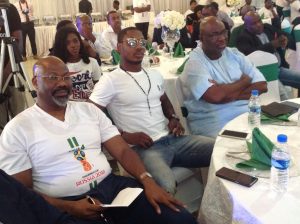 “We are trying to get twenty 20 corporate bodies that will push in N100M each at the minimum making N2billion and already we four companies NNPC, CBN, NNPC Aiteo that have all agreed to be part of the programme.

“The programme is open to anyone who is interested.” He said.

He also said that the lead sponsor of the Super Eagles World Cup campaign will be revealed after the draws in Russia.

According to him “It’s a major brand and everybody will be happy to have that brand associated with our football”.

Meanwhile, Miyen Akiri of Galaxy Television has emerged the first winner of the free trip to Russia 2018 in a draw conducted for Journalists at the event.

Previous Selling Of Nigerians In Libya: Ministry Of Foreign Affairs
Next ‘Pay Your Workers All Salaries Owed Before Christmas’ President Buhari Orders Governors