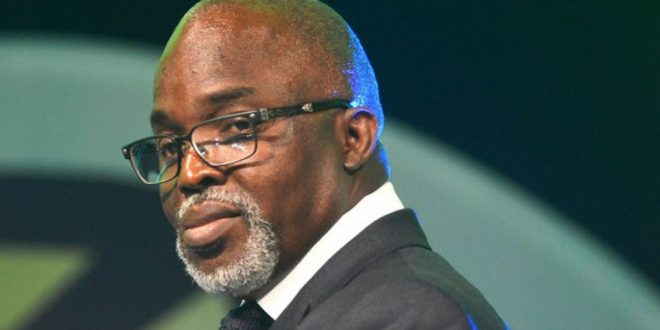 The Nigeria Football Federation (NFF) President, Amaju Pinnick, has dropped his third term bid amid intense pressure on him to quit following the Super Eagles’ failure to qualify for the 2022 World Cup in Qatar.

On March 29, 2022, the three-time African champions drew 1-1 with the Black Stars of Ghana in the return leg of the final round qualifiers for this year’s World Cup and were eliminated on the away goal rule.

Super Eagles’ failure did not go down well with millions of disappointed Nigerians, including the number one citizen, President Muhammadu Buhari, who had stormed the Moshood Abiola National Stadium Abuja to give support to their darling team.

Immediately the match ended, some of aggrieved fans invaded the pitch and vandalised facilities at the stadium.

The players were also not spared as some of the angry fans attempted to attack them physically but were restrained due to the timely intervention of the security personnel on duty.

As a fallout, Austin Eguavoen had stepped down in his role as the handler of the Nigeria national team, while other members of the team were sacked by the NFF.

Still miffed by the development, most football stakeholders immediately called on Pinnick and his board members to resign, as they blamed the failure of the Super Eagles on the football federation’s ineffective leadership.

His current tenure expires in September. In an interview on Arise TV, he said his involvement in football administration over the years has taken a toll on his family.

“It has been a very turbulent ride for Nigerian football. I’m eligible to run according to the statutes. Do I want to run? It’s a no-no. My family is very key to me. They said it’s taking a toll on me and the family. They believe that I’ve done my best, and it’s time to move on. It’s a regrettable decision, but it’s the best.”