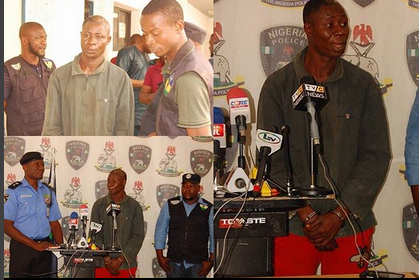 The Nigerian police said they have killed six people alleged to be members of the gang that masterminded the New Year Day killing in Omoku, Rivers State.
The police said they also arrested one Desmond Okotubo, said to be a ‘senior member’ of the deadly gang.

The spokesperson of the Police headquarters, Abuja, Jimoh Moshood, said that the six gang members were killed during a shootout at their hideout in Awara Forest, which is a boundary between Imo State and Rivers.

Mr. Moshood said other gang members escaped from the forest with gunshot wounds, ”and ran away to Rivers, Delta, Imo and Bayelsa States, with the police on their trail.”

The suspect, Mr. Okotubo, 32, was trailed to Mpape in Abuja where he was arrested on Tuesday, the police said. The police said Mr. Okotubo, who is from Egbenma, ONELGA LGA of the state, has confessed to taking part in the Omoku killing.

“The suspect, Desmond Okotubo, revealed to the Police how their gang leader, Don Waney, gathered them and briefed them on the night of 31st January 2017 on the mission to attack and kill the residents of Omoku town.

Thirty of them, armed with over 20 AK-47 rifles crossed the river from Awara to Omoku forest and proceeded to Omoku town and opened fire on innocent citizens celebrating the New Year,” the police said.