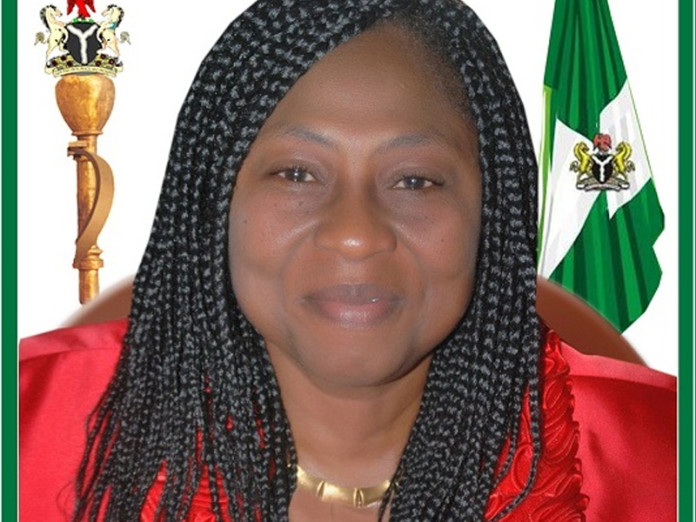 The new speaker of Edo state House of Assembly and member, representing Uhunmwode constituency Mrs. Elizabeth Ativie, has been sworn in.

She was sworn in on Monday by the Clerk of the House, Mr. Lawson Ugiagbe in the presence of other members of the Assembly, including the former Speaker, Mr. Victor Edoror.

Meanwhile, in an interview with journalists, the impeached speaker, Victor Edoror, said he had accepted the decision of the party to maintain the current leadership of House.

As this was going on, the premises of the assembly complex was cordoned off by a combined team of security operatives from the Nigeria Police Force, Department of State Security and the Nigerian Security and Civil Defence Corps to forestall a possible break down of law and order.

More than 10 Hilux patrol vehicles and an armoured personnel carrier were strategically positioned around the complex.