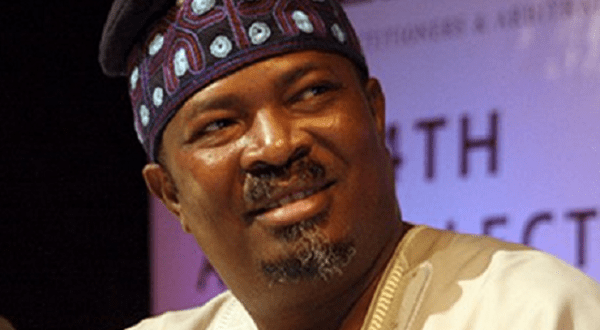 Nduka Obaigbena Banned in the UK For Racking Up Unpayable Debt

A judge disqualified a  Nigerian media mogul Mr. Nduka Obaigbena from running a company for seven years on Thursday after finding that his television company ran up huge debts over just a few years that it could not hope to repay.

Nduka Obaigbena caused his company Arise Networks Ltd., an African television network operating out of London, to trade to the detriment of creditors with no reasonable prospect of its debts being paid or of the company avoiding insolvent liquidation, High Court Judge Raquel Agnello said.

Judge Agnello said Obaigbena demonstrated “a lack of regard for and compliance with proper standards” by allowing Arise to continue to trade as its losses ballooned from £3.8 million ($5.3 million) in 2013 to £25.7 million in April 2016 when it was wound up.

“The conduct of Mr. Obaigbena was a gamble which the creditors paid for. There was no evidence to support his belief that there was a reasonable prospect that creditors would be paid,” Judge Agnello said.

Arise was launched in the U.K. in 2014 as part of a larger group of TV news and other media companies operated by Obaigbena, who also founded Nigeria’s biggest newspaper, This Day.

The company came under increasing pressure from late 2014 onward over its increasing arrears due to creditors because of its inability to pay its debts. The sums which were received in this period and used toward the debts of Arise fell far short of the continuing increase in liabilities.

While it was anticipated the company would not make any profit for at least five years, it failed to generate any sales revenue throughout its trading existence and was wholly dependent upon funds being provided by way of loans from associated businesses in Nigeria, according to the judgment.

Due to a collapsing oil price, the Nigerian government introduced stringent exchange controls in September 2014, preventing the free flow of currency from the country which seriously restricted the ability of Obaigbena’s businesses to transfer necessary funding to Arise or any of the associated companies in the U.K.

Obaigbena asserted that he always believed that once the restrictions were lifted, sufficient funds would be available and could be transferred to discharge creditors.

But Judge Agnello held that Obaigbena continued effectively to trade to the detriment of creditors with the ever-increasing liabilities despite the lack of any evidence that the position in Nigeria would be changing at some time in the future.

“There was, in my judgment, no protection for the creditors in relation to the risk-taking of Mr. Obaigbena,” said Judge Agnello. “He may well have believed that at some stage in the future, sufficient funds would be released, but from the end of December 2014 onward until its liquidation, he caused the company to trade to the detriment of its creditors.”

The Official Receiver is represented by Tiran Nersessian of 4 Stone Buildings, instructed by Gowling WLG.

Obaigbena is represented by Daisy Brown of Enterprise Chambers, instructed by RadcliffesLeBrasseur LLP.

The case is The Official Receiver v. Nduka Obaigbena, case number CR-2018-003080, in the Chancery Division of the High Court of Justice of England and Wales.