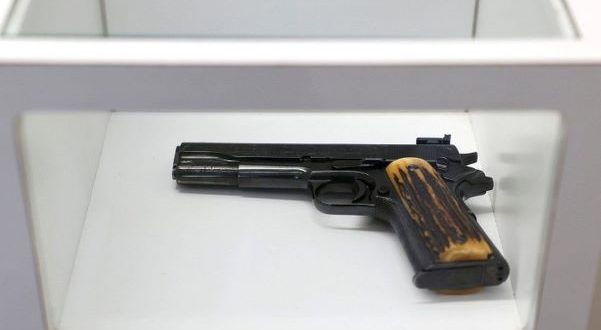 NDLEA Officer Gunned Down In Ebonyi

Another officer of the agency sustained bullet injury during the incident.

The attack took place around 3am, close to a military checkpoint in the area.

Although it is not yet clear whether the gunmen took the rifle of the deceased officers before setting ablaze the agency’s patrol truck.

A reliable source, who didn’t want his name on print, said the injured officer, who is now receiving treatment in a hospital, was shot in the leg.

“One rifle collected, one patrol Hilux Van burnt. The names of the victims are yet to be disclosed,” the source said.

But at the point of filing this report, the NDLEA spokesperson in Ebonyi State, Mr. Audu Benji, had not reacted to the incident.

Benji had earlier said he was at a meeting and would get back to our reporter on the incident.