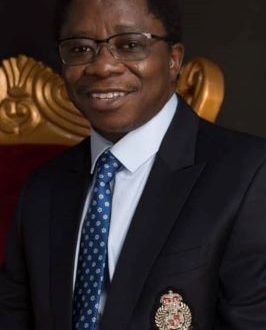 The Commission according to Section 2 of the Act is to be administered by a Governing Board to be made up of a Chairman, one person from each of the oil-producing states, a Managing Director and two Executive Directors, one person each from the North West, North East, and North Central geopolitical zones, a representative of oil-producing companies in the Niger-Delta, a representative each from the Federal Ministries of Finance and Environment.

The functions of NDDC as provided in Section 7 of the Act include formulating policies, guidelines and implementing same for the overall development of the Oil producing states of the commission, particularly the Niger-Delta region.

In other words, the Commission was established by law to provide overall development for the states where the nation’s main foreign exchange earners (oil and gas) are being exploited, through the provision of infrastructures and services that will impact positively on the economic growth and advancement of the affected states in particular.

Since its inception, the Commission has been faced with an avalanche of challenges militating against the realization of its mandate. Amongst such challenges are inadequate funding, corruption, execution of low-standard projects, and so on and so forth.

As a result of the humongous problems facing the NDDC and impeding its achievements, the President and Commander-in-chief of the Armed Forces of the Federal Republic of Nigeria, Muhammadu Buhari GCFR, after a meeting with the Governors of the NDDC States on October 16, 2019, ordered a forensic audit of the Commission.

This was highly welcomed by all stakeholders in the region. In a statement issued by the Special Adviser to the President on Media and Publicity, Mr. Femi Adesina the President said “what is on the ground in the South-South region does not justify the huge resources that have been made available to the organization (NDDC). I try to follow the Act setting up these institutions, especially the NDDC, with the amount that the FG has religiously allocated to the NDDC, we will like to see the results on ground, those that are responsible for that have to explain certain issues…” (Emphasis nine)

Earlier on August 15, 2019, the President had appointed a 16-man governing board to oversee the affairs of the Commission in line with the Act. The Senate screened and confirmed the members of the Governing board and made the appropriate returns to the President.

The President had on January 27, 2020 informed the Senate of his order of a forensic audit of the commission and the need for the newly appointed/confirmed board to hold on until the audit is completed.

In the interim, he appointed an Interim Management Committee to oversee the affairs of the commission.

While Mr. President’s desire to unveil and unmasked the maladministration of the commission is and remains a welcome development, Mr. President’s respect for the Law setting up the institution should be manifest in the management of the organization especially as the forensic audit is taking an unduly long period to the discomfort of the people of the region and all other stakeholders.

It was therefore gratifying to know that the President at a meeting with leaders of the Ijaw National Congress on 24 June 2021, promised that as soon as the forensic report is submitted, the board of the NDDC will be inaugurated.

In a statement issued after the meeting by the Senior Special Assistant to the President on Media and Publicity, Garba Shehu the President said “I want to assure you that as soon as the forensic audit is submitted and accepted, the NDDC board will be inaugurated”.

The President’s position has been given additional vent by the Minister of the Niger Delta Sen. Godswill Akpabio, CON, when he hinted on June 23, 2021, that the forensic audit will be concluded and report submitted by the end of July 2021 and the issue of the governing board of the commission will be addressed.

It is in the light of the foregoing that it has become imperative to appeal to the President to ensure that the process of the audit is concluded so that the NDDC does not continue to be run in clear violation of the Law establishing it.

The time to restore legality is now and Mr. President is urged to do so.

Since January 2019, when the legally constituted board of the NDDC was dissolved, the commission has been run and managed in clear violation of the Law. This is not good for the administration’s record of observance of the rule of law and it is submitted that the President ought to end this aberration now and allows the Governing board of the commission already appointed and confirmed by the National Assembly to assume the responsibilities of managing the commission in strict compliance with extant Laws, regulations and very importantly to be guided by the outcomes of the forensic audit on the commission’s activities from 2001 to 2019.

It is therefore hoped that the new board, when inaugurated like Caesar’s wife will live above board and avoid the pitfalls of previous management so as to make a remarkable difference in the utilization of the resources of the commission for the benefit of the member states of the commission and the nation at Large

.Dr. Osagie is a lawyer, governance and development expert.